​​Wolves and ​Newcastle meet this weekend in the Premier League with both sides coming off the back of consecutive losses and desperate for three points.

The Wanderers currently occupy the last Europa League place and find themselves six points off Chelsea in fourth as they look to secure a second season with European football. With the gap from seventh to tenth just three points, Wolves need a victory to avoid losing ground on the top six.

Newcastle have found themselves looking look over their shoulder for most of the campaign. Having suffered back to back losses, another defeat could see the Magpies slip into another relegation scrap, despite enjoying a largely positive first half of the season. Wolves will be without Willy Boly and Morgan Gibbs-White, while Diogo Jota is a slight doubt. Manager Nuno Espirito Santo will likely make several changes from the side that held Manchester United to a 0-0 draw in the FA Cup last week, but Patrick Cutrone may not feature as he edges closer to the exit door at Molineux.

​Newcastle have been suffering with an injury crisis in recent weeks with 11 first team players unavailable for last week’s 1-1 FA Cup draw with Rochdale. However, they have been boosted with the news that six players have returned to training. Manager Steve Bruce is hopeful Saint-Maximin will be fit but this game may come slightly too soon for those only just returning from injury.

These two sides have met 98 times, with Wolves winning 41 times compared to Newcastle’s 32. The last three league fixtures have proven to be tight, with two ending 1-1 including when these sides met at St James' Park in October last year.

Last season Wolves managed to take four points off Newcastle, including a 2-1 win away in their first meeting in December 2018.

Prior to their 0-0 draw with United in the FA Cup, Wolves’ form had begun to stumble with defeats away at Watford and Liverpool.

However, previous wins over Norwich and Manchester City will have at least softened the blow of the last two league results. 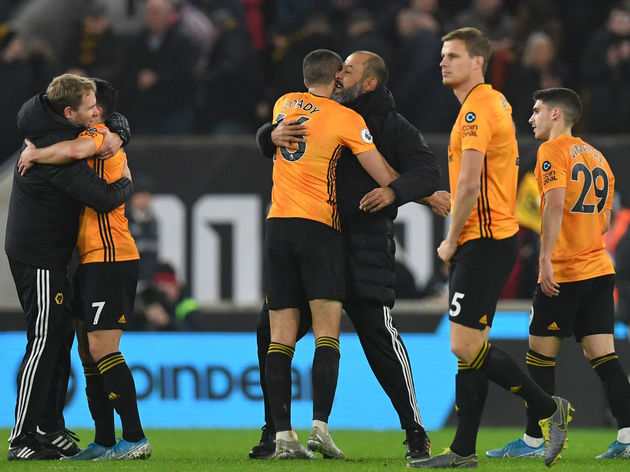 Newcastle's form has dropped off alarmingly with four defeats in their last five league matches. A tight 1-0 win at home to Crystal Palace arrested their slide somewhat, while they recently drew 1-1 with League One Rochdale in the FA Cup.

Here are each sides' last five results in all competitions.

This game will not be as tight as some of the previous meetings between the sides. With Raul Jimenez back in form and Adama Traore terrorising defences, Newcastle’s struggles will continue.

Wolves should win this one comfortably.