Two Teams In Crisis - Who Will Win?

Newcastle manager Rafa Benitez has insisted the Magpies must focus on themselves in order to get three points from their clash with Manchester United next Saturday. 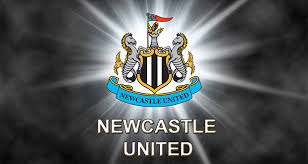 The two teams meet in the evening kick-off, live on the eir sport pack on BT Sport 1, with United coming into the tie on the back of a 3-1 defeat to West Ham and winless in three matches, as they sit tenth in the league table. However, for Newcastle, matters are even more pressing, without a win yet this season, and deep in the relegation mire in 18th.

However, Benitez is refusing to panic at the club's drastic start to the season, which has left the Spaniard under immediate pressure in the St James' Park hot seat, with last Saturday's 2-0 home defeat to Leicester adding fuel to the fire.

"The first thing we have to see is if the players that were injured are available and if we don’t have any problems here. Normally you train during the week and then you start watching your players and analysing how they are, and after that decide," Benitez told The Chronicle.

"It's too early now.

"When we changed players [against Leicester], you could see that we had energy. With the new players on the pitch, at least they were trying.

"But we have to do better, especially when we have the ball – to be sure that we can keep the ball a little bit more and then we will not be defending for so much time."

You can watch Manchester United in action in the Champions League against Valencia on Tuesday 2 October and in the Premier League against Newcastle on Saturday 6 October live on the eir sport pack.

Leicester took the victory at St James' Park via goals from a Jamie Vardy penalty and Harry Maguire, with Benitez introducing Jacob Murphy and Yoshinori Muto for Matt Ritchie and Ayoze Perez respectively after the first strike, and Javier Manquillo for DeAndre Yedlin after the second, with an improved performance after the first changes an aspect noted by the former Liverpool manager.

"Positives? Not too many, to be fair, it was just that the team reacted after the first goal and we were trying," continued Benitez.

"But the second goal was difficult to take.

"Last year, we knew it could be very difficult, but in the end, we did so well that people forgot that we needed to carry on improving things and we didn't do it. [Newcastle finished tenth last season].

"Now we have to be sure we keep the team working hard and all together and if we do that, as I always say, we will have more chances to get results."