Another day, another deluge of transfer news. But, fear not, this page will not be filled purely with words on Slabhead and how much he's actually worth to clubs from Manchester - in fact, if you're lucky, he might not feature at all!

No, here we have a gluttony of gossip with global proportions. We're worldwide, baby, and we love it. Let's GO. 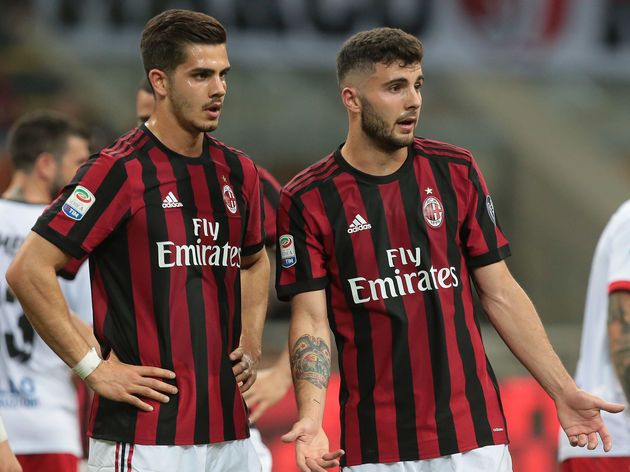 And, to start with, something as cultural as it gets, IMHO, and that's intercontinental transfer rumours getting debunked. Bon Appetite! Essentially, the bene folk at Gazzetta dello Sport have been peddling rumours of late that Southampton had submitted a loan bid for AC Milan striker Andre Silva, with a view to a permanent transfer next summer.

However, according to the Daily Echo, this is utter b*llocks, because, after the £15m capture of Birmingham City frontman Che Adams, the Saints are now solely focussed on landing a new centre back. So, no Silva, no problem. 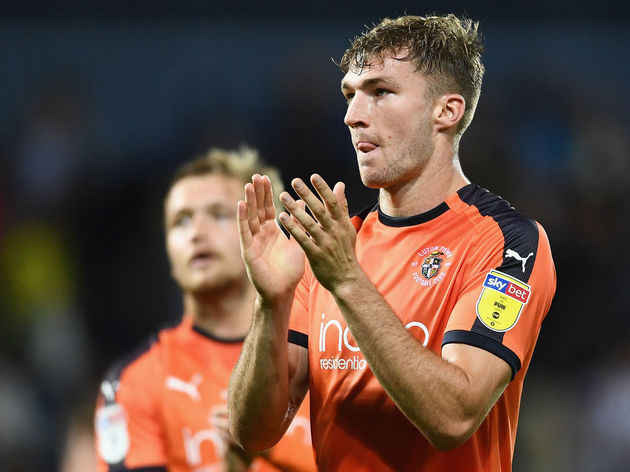 Bournemouth have joined Scottish champions Celtic in the hunt for Luton Town's versatile defender Jack Stacey, as per the Daily Mail.

Stacey, who was instrumental in Luton's promotion to the Championship last season, is ostensibly a right back but can also play in midfield. And, though he hasn't yet shown a proclivity for central defending, he could come to the Cherries in the wake of Nathan Ake's exit, with the Dutchman strongly linked with a £40m move to Manchester City, after the English champions turned their attention away from Harry Maguire...I'm sorry, I tried, I really did. Paris Saint-Germain are closing in on the €15m purchase of Raphael Guerreiro from Borussia Dortmund, after contract talks broke down between the Portuguese international and the Bundesliga side, according to Bild.

Guerreiro has been a key cog in the Dortmund machine since his arrival in 2016 from Lorient, but with talks over a new deal recently collapsing, and his contract up in June 2020, the French champions have seen an opportunity to pounce, and they haven't let it go begging.

Wolves in for Gremio Defender Walter Kannemann Amid Arsenal Interest Wolves have begun talks with Walter Kannemann's agent over a potential move to Molineux this summer, though negotiations with the club are yet to open.

According to Globo Esporte, the Gremio centre back, who is also a target for Arsenal (join the club!) as a replacement for the peerless Shkodran Mustafi, as well as Southampton, would be worth around £13.5m. So, a reasonable sum for the Saints and Nuno Espirito Santo, and a bankrupting one for Unai Emery and co. It's funny isn't it, we keep getting regaled with stories of Arsenal's meagre finances, yet they're still rumoured with every player going, and preferably ones that would cost as close to their total budget of £40m as possible.

In any case, according to the allllllways-reliable Tuttosport, as relayed by Sport Witness, the Gunners are still embroiled in a three-club tussle alongside local rivals Tottenham - who, despite spending £55m on Tanguy Ndombele, are just desperate for another central midfielder - and West Ham for the €35m signing of AC Milan's Franck Kessie.

As of yet, no bids have been submitted, but according to the Turin publication, the player is perfect for all three(!!!), so it's only a matter of time, right? Yes, Divock Origi is a legend on Merseyside, but is he a legend worth keeping around? The Belgian achieved cult status with his catalogue of crucial goals last season, but an offer from Real Betis has both club and player contemplating a departure.

For Origi, the reasons for such an exit are simple - increased gametime ahead of Euro 2020. And, according to ESPN, Liverpool's skin in the game comes in the form of full back Junior Firpo, who they are keen to include in any negotiations about the forward. Promising midfielder Isaac Hayden is still keen on leaving Newcastle this summer for personal reasons, after handing in a transfer request last year.

Hayden, who shined in parts for the Magpies last season, is desperate to relocate closer to his partner and daughter, following her premature birth.

And, according to the Chronicle, the club are waiting for a sufficient offer to come in for the 24-year-old, amid interest from West Ham, and would also look to sign a replacement before they sold the player.