Toon Star Breaking Records (But Not For Us!)

That night Shrewsbury, with an 18-year old debutant goalkeeper, were thrashed 8-1 with goals from Ronnie Rees (3), George Hudson (2), Hugh Barr (2) and an own goal.

On Saturday poor old Bury didn’t know what to do to stem the tide and at one stage it looked as though City might threaten the all-time biggest win - 9-0 v Bristol City in 1934.

Adam Armstrong was on target twice in the second half to take his tally to 19 goals for the season and he has now scored two or more goals on seven occasions.

This takes him past one of George Hudson’s scoring records from1963-64 – George managed two or more on six occasions as he netted 24 league goals.

Adam is the first City player to score seven braces (or more) since Ray Straw scored seven on his way to 27 league goals in 1958-59.

In 1931-32 Clarrie Bourton managed it 13 times as he netted an all-time club record 49 goals in Division Three South.

Armstrong is closing in on Callum Wilson’s 2013-14 total of 21 league goals and only Callum, Ian Wallace and Bobby Gould have scored more league goals in a season in the last 50 years. 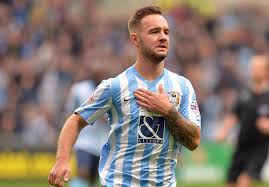 Since World War Two only 12 City players have scored more in a season than the young Geordie...

It’s frightening to think that Armstrong has potentially another 15 games to overhaul some or all of these goalscoring legends and a post-war club scoring record could be on the cards.