The Reason Why It Kicked Off On Tuesday 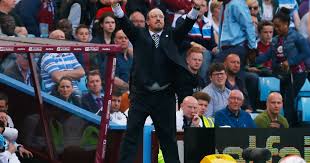 There was trouble at the end of the match on Tuesday but it was Wolves supporters causing the bother.

‘There were a small group of 4 or 5 or dickheads in the coach on the way up who where obnoxious.

Many of fans from both sides mixed and got on well in The Strawberry before the game, that’s the home pub right next to the ground. I would suggest that away fans coming into The Wanderer when it was still standing would not been so well received.

However, the same small group of dickheads from the coach succeeded in getting themselves thrown out. Once the game started the same dickheads then stood in the top corner right next to the home fans and spent the entire match goading them. Surprisingly after 85 minutes they did enough to stir up a reaction.

Everyone else was well behaved, there was good support from a small Wolves contingent who got behind the team most of the night, no other wolves fans did anything to cause a problem just the dickheads. Having done enough to really **** them off, the Newcastle fans that lay siege to the exit but they were not that interested in anyone else, just dickheads who had been intent on causing problems all along, the rest of us walked past with little or no problem.

The old guy who received an injury was on the receiving end of something aimed at the dickheads. The objects thrown at the coaches were eggs from a bunch of kids that looked around 13.

The shock on the dickheads faces when they returned to the coach was priceless. As there had not been any hint of trouble and the fans had mixed well at both games, there was no cordon to protect the away fans leaving the ground and the exit was very close the that of the home fans.

The dickheads had to run a gauntlet of what can only be described as a lynch mob waiting for them at the exit. Its amazing how they lost their bravado without stewards and police to hide behind.

Just a pity that when the police realised what was going on they stepped in to save the dickheads from a kicking as for once it would have been thoroughly deserved.

Around 4k Wolves fans have had a great time in Newcastle over the past few days, such a pity that a small group of dickheads have tried so hard to undermine all of goodwill that was created.’

‘That’s exactly the way I saw it. The small group in the top corner shouted abuse at Newcastle fans all night, banged on the stand and were generally idiotic in their behaviour. I’m pretty sure there would have been no reaction from the teenage Newcastle fans and no trouble at all but for this small group of Wolves fans. They were embarrassing.’