The Definitive To Do List for Newcastle United's New Owners

13 years ago, Newcastle United fans didn't realise just how their club was going to change - for the worst. And ever since, it's been a miserable time for Magpies fans, having endured relegation, Championship football and one failed managerial spell after another.

​Yet with the ​recent news that a takeover at Newcastle United is edging closer, maybe happier days on the horizon for the Tynesiders.

If and when the new owners arrive, they'll have a lot of things to do. So here at 90min, we decided to make it a lot easier for them, and compile a list of things to do instantly, that they can do as soon as the takeover is complete...before getting into the world of transfers...obviously. Like any bad relationship, the first thing you do is remove any trace of your ex. In the case of Ashley, you absolutely tear down any thing that remotely resembles 'Sports Direct'.

Bring in a crane to remove the logos off the roof of the stadium. Change the hoardings around the ground immediately. The background for media interviews and press conferences? Get new ones in. New website? Yes please.

And the huge number of billboards outside the stadium? Probably time to remove them swiftly. 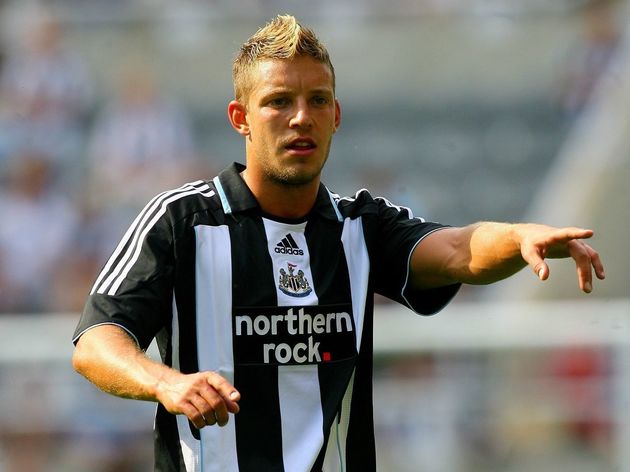 Somewhere in St. James' Park, we're pretty sure that there's an Alan Smith worship area, where Ashley goes to pay tribute to the former Magpie and his dodgy hair. It needs to be removed quickly.

Where did this originate? Well back in 2007, Ashley attended a game against Middlesborough in a 'Smith 17 jersey'. Maybe he really liked how the former Manchester United midfielder looked in the black-and-white stripes. Or maybe he fell in love with the white hair.

Either way, the new owners (or the underlings) need to go and cover up this mural. Something tells us that its departure won't be sorely missed at all...

Get Rid of the Pint Glasses from the Owners' Box

Here's a pic Mike Ashley having a beer in the ground, something the rest of us would get arrested and banned for. pic.twitter.com/D6jq3gCM89

Even though Ashley has only been caught having a drink during one game - an away trip at Arsenal in 2008 - we're pretty sure the 55-year-old has snuck in a quick bev every now and then.

Though he's (unsurprisingly) stopped drinking with the fans, you'd still expect the 'inner lad' within him to call out for more beers, given that he'd rather be out at the pub drinking than watching a football game. And with the amount of defeats the Magpies have suffered, there's probably a lot of pint glasses around that he's used up.

So whoever the owners get to clean out the place from the Ashley stench, should probably go check for beer-stained, half-empty pint glasses - which are probably branded Sports Direct anyways, and need to get in the rubbish pile of Sports Direct signs.

Thoughts with Mike Ashley's fireplace at this difficult time

Yeah, we pity the poor person who's asked to do this job.

It was ​revealed a few years ago that Ashley was known for holding extreme drinking competitions, where he challenged subordinates to keep up with him. On one occasion, he ended up vomiting into a fireplace.

And while that incident took place in a pub, we wouldn't put it past him if he held these contests at the St. James' Park bar, maybe as a post-game ritual. And judging by the amount of defeats the Magpies have picked, you'd think Ashley would probably drink himself silly, with the poor fireplace suffering from unwanted coatings by the 55-year-old.

Therefore, it would probably be a good idea for the incoming owners to send someone to clean out the fireplace, just in case...

How to sum Mike Ashley up in 3 words: 'eight year contract' #idiot

When Alan Pardew arrived back from holiday in the summer of 2012, he probably wasn't expecting to be offered ​a new eight-year contract. He signed it, only to depart for Crystal Palace two years later.

And it wasn't just him. Then chief scout Graham Carr also signed a new deal a few months earlier, which would have contracted him until this year...after his 75th birthday. And a year ago, Ashley ​revealed he wanted to offer Rafa Benitez an eight-year extension as well, which the Spaniard chose not to sign.

If someone looks closely in his office at St. James' Park, they'll probably find a stack of unused eight-year contracts, all typed out and ready to sign, attributed to every player and coaching staff member at the club. It's Ashley's preferred way to trap someone endlessly in football terms - force them to sign for basically forever.

So, the owners would do well to burn those drafted contracts. Who knows, if Ashley got his way, Pardew would still be at the club today...

We all have that mate we always call when in trouble. That 'phone-a-friend' option for tricky situations. In this case, Ashley probably has his old chum Joe Kinnear on a special emergency phone line for every phone in the stadium.

To this day, we still don't know why Kinnear was appointed at ​Newcastle, either as manager or director of football. Among the most memorable moments from his years at the club included calling a journalist a c**t, and mispronouncing his players' names badly -  the likes of Charles Insomnia, Yohan Kebab and Shola Amamobi.

And even if Kinnear has been away from the club for several years now, there's every possibility that Ashley still calls him up from time to time for advice. Maybe on how to pronounce Allan Saint-Maximin's name, for instance.

Therefore, the new owners should definitely check if any of the working phones at the stadium have a direct connection to Kinnear, and promptly end it.