Steve Bruce wants to add three or four 'quality players' to his Newcastle squad during the summer transfer window, and has already earmarked potential signings for the club.

The 59-year-old was appointed midway through last summer, and had little influence on the club's transfer dealings since many of the signings made by the Magpies had already been agreed prior to his arrival.

However, Bruce afterwards made it clear he would only bring in players he felt could improve the team, and consequently made three loan signings in January, bringing in Danny Rose, Nabil Bentaleb and Valentino Lazaro. 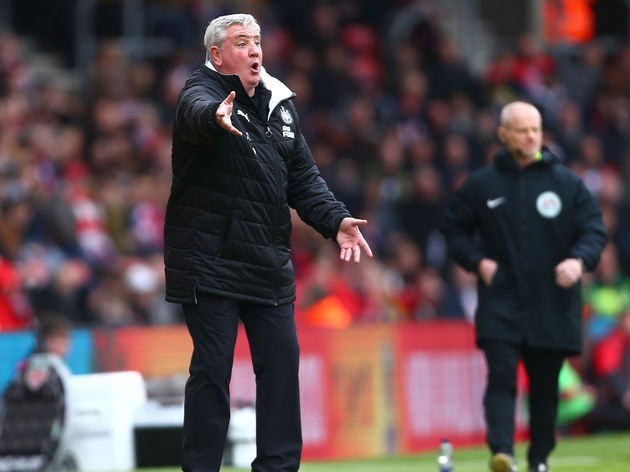 While the coronavirus pandemic has caused uncertainty regarding player contracts and the upcoming transfer window, Bruce has nonetheless continued to map out plans to continue improving his squad, and has revealed a vague outline of his plans.

He told the ​Telegraph: "The plan is to grow and improve. We will add three or four quality players in the summer to the experienced core we have got. Players like Miguel Almiron and Allan Saint-Maximin, who everybody can see have improve us.

"We have identified transfer targets and when this blows over, we will make the moves to get them. We know what we need."

It's widely expected that the Magpies will look to add a new dynamic central midfielder, particularly with it ​looking possible that youngster Matty Longstaff will depart this summer. A goalscoring striker will also be on the shopping list, as well as making the loan signings of Rose and Lazaro permanent, which the latter ​​is said to be open to. 90min have also ​exclusively reported that the Tyneside club are keeping tabs on teenage Dutch sensation Myron Boadu, and he could be another new face to St James' Park for the following campaign.

With the club currently in 13th place, fans will hope that any additions to the squad will strengthen the club's bid to push higher up the Premier League table, and potentially break into the top half as soon as possible.