The 30-year-old forward rejoined his boyhood club this summer after being released by West Ham following an injury-riddled spell at London Stadium.

Carroll is believed to have a clause in his existing contract which triggers a one-year extension when he makes 20 appearances in all competitions, and so far he has featured in 12. 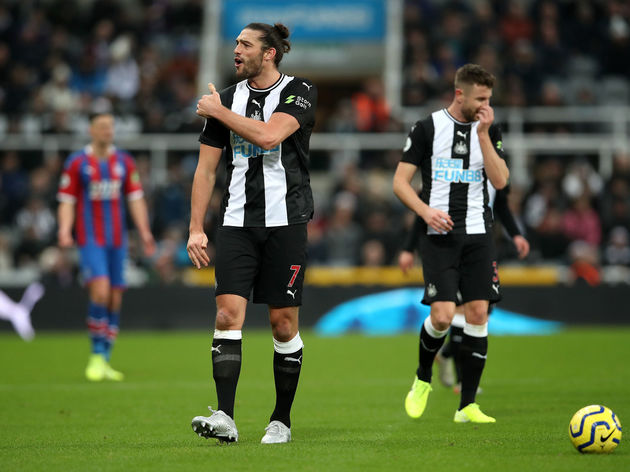 However, Bruce has already seen enough from his striker to convince him that Carroll deserves a place in the squad next season.

​Newcastle's manager said, as quoted by ​The Mirror: “We’ll be delighted to tie Andy up. It’s just a case of him staying fit. That’s the big thing and it’s a shame injuries have blighted his career.

“Let’s hope he stays well because of his influence both on and off the pitch. People gravitate towards him because of who he is, what he is and he knows what it means to play for this club.

“It was a no-brainer him coming back. We all saw the value in what was practically a pay as you play deal.

“I’m delighted with the impact he’s made on the pitch but even before that, as soon as he went into the dressing room, you could see players respond to him.”

​Carroll is yet to score following his return to Tyneside but Newcastle have found goals from other more unlikely sources to help them get by. Jonjo Shelvey is the club's top scorer with five goals this season despite only recording more than three strikes in a single top flight league campaign once in his nine previous terms. Only three of the Magpies' 18 ​Premier League goals have come from their first choice front line, with Joelinton, Miguel Almirón and Allan Saint-Maximin managing only one each this campaign.