Southampton manager Mauricio Pellegrino issued an apology to the club’s fans after Saints’ shambolic 3-0 defeat at Newcastle United on Saturday. 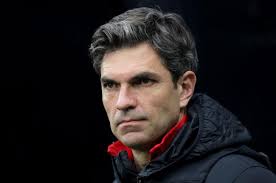 Rafa Benitez’s Newcastle took the lead just a minute into the match thank to Chelsea loanee Kenedy, who then doubled his team’s lead before half-time.

Former Portsmouth and Bournemouth man Matt Ritchie completed the scoring in the second half to cap off a miserable afternoon for Saints fans.

While Pellegrino says Saints are “still alive” with just eight games remaining of the Premier League season, he does concede that Saturday’s performance was not good enough.

“I would like to say sorry to our fans, because we couldn’t show the value of the club,” he said as per the club’s official site.

“We couldn’t represent our club at this level, but we have eight games to go and we are still alive. We are still in a position that we can change to save the season. We’ve got the FA Cup now and we’ve got three weeks to prepare for the next Premier League game.

“When you are in a difficult situation you have to be together, you need togetherness in the club. In football, it is like this. It’s really sad when you don’t get positive results and everybody looks worse than they are.

“This is part of our life, but we have to keep going.”