Reports of Newcastle's move for ​Miguel Almiron collapsed were seemingly greatly exaggerated, as the MLS star's long rumoured move to the Magpies looks to still be in the pipeline.

The 24-year-old has been the subject of much speculation in lead up to the January transfer window, with a number of Premier League clubs reportedly declaring their interest in the midfielder's services. 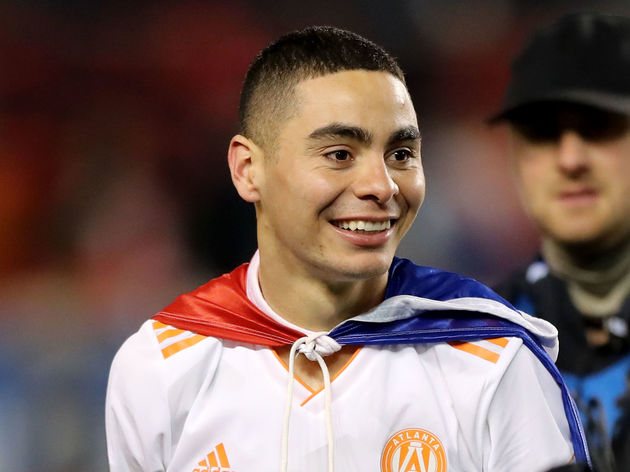 Newcastle have been cited as the frontrunners in the race to sign Almiron, but according the ​Daily Mirror, they had been put off the deal by the player's excessive wage demands and Atlanta United's £30m price tag.

However, ​Ed Aarons of the Guardian has now suggested that the player's wage demands are in fact not a problem, as the club have already agreed personal terms with the Paraguayan - with the player's price tag being the only stumbling block for the Magpies:

"Still no progress with Newcastle's attempt to sign Miguel Almiron. Personal terms agreed but still no agreement with Atlanta United over fee."

Still no progress with Newcastle's attempt to sign Miguel Almiron. Personal terms agreed but still no agreement with Atlanta United over fee

If ​Newcastle were to agree to splurge £30m on Almiron, it would almost double the club's transfer fee record which is still (STILL) held by Michael Owen, who joined the Magpies from Real Madrid in 2005 for £16.5m. Yes, 2005.

Rafael Benitez's side is undoubtedly in need of reinforcements ahead of the second half of the 2018/19 Premier League season, as the club sit just two points above the relegation zone, having won a measly four of their 21 league games.