Remembering All the Times Newcastle Were Linked With Takeover Bids

'Finally, after years and years of hurt, my beloved Newcastle are going to be sold! Good riddance, Mike bloody Ashley!'​

Well, I wouldn't be popping the champagne just yet Newcastle fans. This all seems a little too familiar.

Never has one club in the history of anything ever been linked with quite so many lucrative foreign takeovers, only to be left raging as one by one a web of lies and falsities comes back to bite them in the backside.

Now there is interest from Saudi Arabia (again), so we thought it would be a perfect opportunity to reflect on some of the 'close, but no cigar' takeover stories from the Toon's history. In 2008, mystery group of Nigerian tycoons were apparently willing to splash £350m on ​Newcastle, and wanted to bring the esteemed Kevin Keegan back to the dugout.

Talks of a takeover suddenly stopped, returning the Magpies to the dictatorship of the Sports Direct owner - though Keegan was appointed as boss under Ashley regardless. 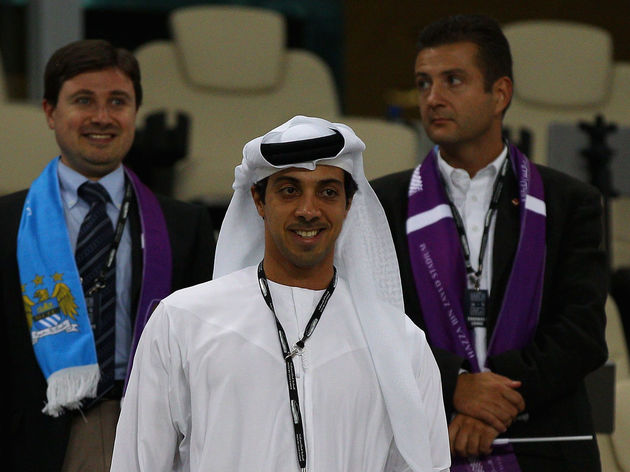 Now for the time Newcastle not only shot themselves in the foot, they cut it off, set it on fire, and danced on one leg around the flames.

If you recognise Sheikh Mansour's name, then it's because he is the current owner of Manchester City. However, he was supposedly interested in buying Newcastle prior to his takeover at Eastlands, only for Ashley to refuse to deal with him.

If he had, Newcastle could be a billion dollar entity with four Premier League titles under their belt by now... Newcastle fans will be left with a bitter taste in their mouth over this one. Moat was a local businessman who wanted the club after they had been relegated to the gloomy Championship back in 2009.

With Ashley setting his valuation at £100m or more, it's believed that Moat was either unable to, or refused to meet the owner's price tag.

With the failed deal a distant memory, Newcastle may never get such a glorious opportunity again to have one of their own high in the stands. From what could have happened, to thank God it didn't happen.

After a failed attempt to buy Sheffield Wednesday, Sheard tried his luck with the Magpies, declaring that he had over £100m to invest.

Too good to be true? Yes. After Sheard's financier was sent to prison for money laundering, the businessman was declared bankrupt just three years later, leaving Newcastle supporters grateful they still only had Ashley - a rare sight indeed. Now time for a former player to have a crack.

The former Tottenham man created Fanbase 410, a consortium made to give power at Newcastle back to the fans, with the idea of giving enormous responsibility to the supporters, who could have even helped pick the manager and chairman if Roberts had done the deal.

Perhaps a slightly Utopian concept, it failed to materialise, leaving the Toon faithful just as powerless as they had been prior to discussions. Just as the infamous Amanda Staveley tried to take over at St. James' Park, a mysterious and unknown Chinese consortium made their attempts to do a deal with Ashley. Obviously a mere coincidence...

Luckily for the Magpies, this deal didn't make it to the paperwork, and Ashley's reign of terror continues.