​Newcastle manager Rafa Benitez has said on-loan winger Kenedy just needs to persevere in order to rediscover his impressive form from last season, and hinted that he is not considering cancelling the Brazilian's loan spell despite speculation to the contrary.

The 22-year-old Chelsea wide man was a hit in a six month loan spell on Tyneside at the tail end of last season, but has failed to hit the same heights since re-joining in the summer, scoring just one goal in 17 appearances to parallel the Magpies' disappointing league form. With ​Newcastle's two domestic loan spots taken up by Kenedy and Salomon Rondon from West Brom, there has been some speculation that Benitez could look to terminate his loan early and move for the likes of Ruben Loftus-Cheek or Divock Origi.

The boss, however, has said that this isn't likely to be the case, and the winger, while admitting his firm has dipped, just needs to keep his head down and work on his game.

"It is true that he is not playing at the level of last year," Benitez said, as quoted by ​Chronicle Live.

"Sometimes players have confidence when they are doing things. He told me the other day that he knew he was not playing well and these mistakes mean that he loses a bit of confidence.

"We tried to explain to him that the only way to change that is to carry on, and hopefully he will do that. He will stay; at the moment, I think so."

Newcastle will be hoping any potential upswing in the Brazilian's form can coincide with their own good fortune, as they languish in 15th in the Premier League table heading into an unfavourable festive fixture list. 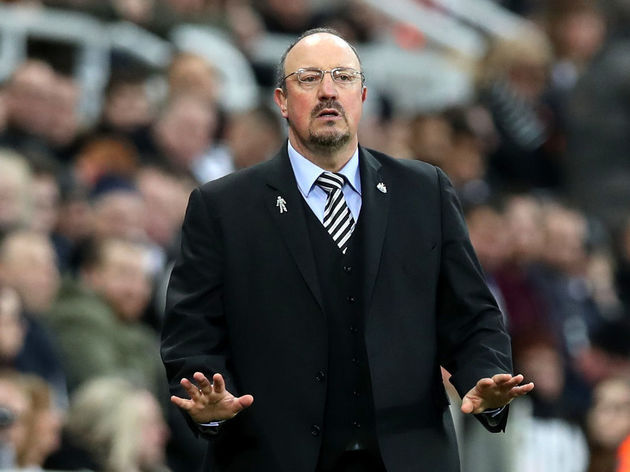 They visit league leaders ​Liverpool on Boxing Day, before a trip to Watford precedes the visit of ​Manchester United to St James' Park on 2nd January.