​Rafa Benitez was rightfully aggrieved after witnessing his Newcastle side concede two sloppy goals to gift Manchester United the win on Wednesday evening.

Although Newcastle had kept the Red Devils at bay in the first half, whilst also creating several golden opportunities to score themselves, the Magpies suffered catastrophic lapses in concentration in the second period to hand United all three points. 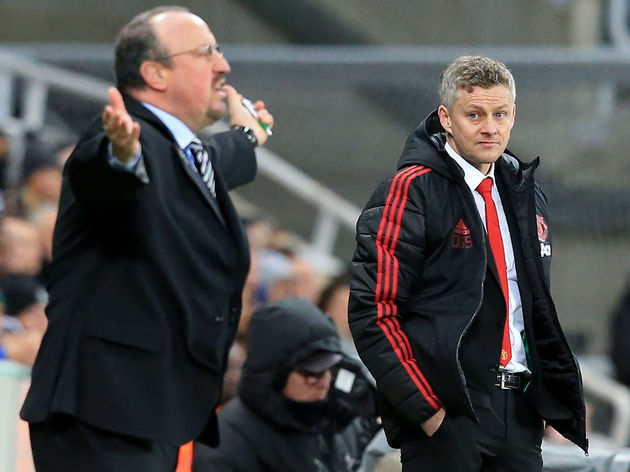 First keeper Martin Dubravka - normally the ​Magpies' standout player in every match - made an uncharacteristic fumble from a Marcus Rashford free kick which allowed Romelu Lukaku to sneak in and poke the ball home. Then, a swift counter attack by the ​Red Devils was made far easier when Jonjo Shelvey failed to track back, allowing Rashford the simplest of tap-ins to seal the win.

Speaking BBC Sport post match, Benitez said: "We made a mistake for the first goal and then conceded on the counter-attack which happens when you play good players. They punish you.

"We had chances in the first half, you lose 2-0 but we deserved more. If you analyse how we concede it's not clear chances. It's mistakes.

8 defeats in 11 home games 😱
No big signings expected in January 🙄@AlanShearer says Rafa Benitez has 'his hands tied behind his back' financially. pic.twitter.com/QLxdS1UB1y

"The final third is the key and that's where you pay big money for players who can make the difference."

Sadly, under owner Mike Ashley Newcastle haven't paid big money for players, and the difference in quality was clear to see on Wednesday evening. Newcastle failed to find the back of the net for the ninth time this season, and currently sit just two points above the relegation zone.

Southampton claim a point at Chelsea. Wins for both Burnley and Palace. Another awful night for #NUFC. Nosediving towards the relegation zone.

The Magpies next face Blackburn in the FA Cup third round, and will hope to finally get some goals against their Championship opposition.