Mike Ashley is 'yet to see evidence' that Peter Kenyon has the funds required to launch a takeover bid for Newcastle, according to a source close to the Magpies owner.

A consortium led by the former Manchester United and Chelsea chief executive has emerged as the frontrunner to buy Newcastle this week, after Ashley claimed that he was looking to sell the club 'before the January transfer window'.

However, a source has told the ​Daily Mail that

Because of his standing within the game and the knowledge that he has been working to secure investment from the United States, Kenyon has been given access to the club's detailed accounts.

The hope is that Kenyon's consortium will 'firm up their backing' following analysis of ​Newcastle's finances, providing the foundation from which to complete their purchase of the club.

Ashley will reportedly consider four bids in excess of £300m, of which Kenyon's is one. The identity of the other three remains unknown but they have all agreed to meet the asking price, and Ashley is confident of completing a sale before the end of December.

If Kenyon's takeover bid proves successful, it is thought that he would install himself as chief executive at St James' Park. 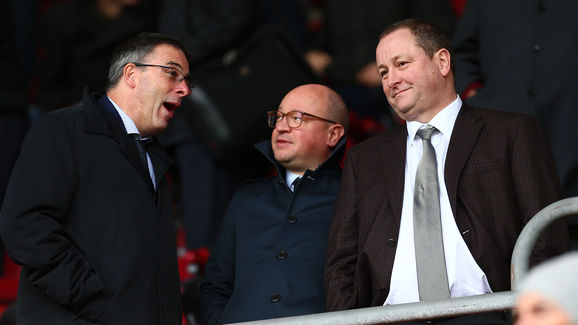 The parties involved will have to hurry up if they want Newcastle to change hands before the turn of the year, as the processes involved usually take about 14 days to go through.

Newcastle fans had been planning a boycott of their home fixture against Wolves this Sunday, but it has now been called off in light of these latest developments.