​Newcastle star Jonjo Shelvey will visit a specialist in Barcelona this week in an attempt to resolve a recurring thigh problem.

The midfielder has been plagued by the injury for months, but after his thigh reportedly 'flared up' once again following the Magpies' 1-1 draw with Blackburn on Saturday, Shelvey will seek a specialist's diagnosis in a bid to end to his injury nightmare. 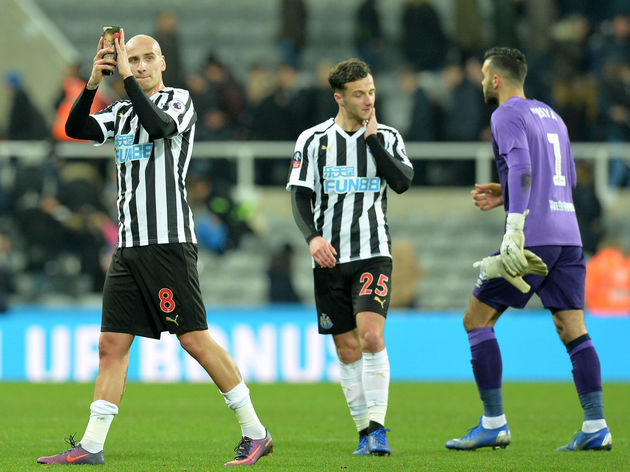 According to the ​Daily Mail, Shelvey will head to Spain in the coming days as his thigh continues to 'become inflamed following matches'. The seriousness of the problem is reportedly worrying the Magpies and the general opinion is the midfielder will 'miss more games than he plays' between now and the end of the season.

That will likely rule Shelvey out of Saturday's trip to Stamford Bridge as ​Newcastle take on high flying ​Chelsea. If unavailable, it would be the 11th time the midfielder has been absent this season, which is beginning to take its toll on the side.

The void left by the Englishman has been evident as the Magpies have lacked a creative force in the middle of the park, with Isaac Hayden and Mo Diame offering different qualities to the enigmatic Shelvey. Rafa Benitez will be hoping Shelvey can make a speedy recovery as his side sit just two points above the relegation zone, with their lack of creativity and goals a major issue. Only Huddersfield (13) have scored fewer than Newcastle's 15 during a difficult campaign for the Tyneside club.

Shelvey has become an integral part of Benitez's midfield following his £12m move from Swansea in January 2016, going on to make 98 appearances for the club and was part of the Championship winning side that gained promotion back to the ​Premier League in 2017.