Newcastle have enjoyed some pretty great years in the Premier League however, and they're all going to be discussed as we take a nostalgic look back at a best ever XI for the club, but with a caveat: there can only be one player per nation, meaning Alan Shearer, Andy Cole, David Batty and Nicky Butt can’t all feature.

This is what we’ve come up with. 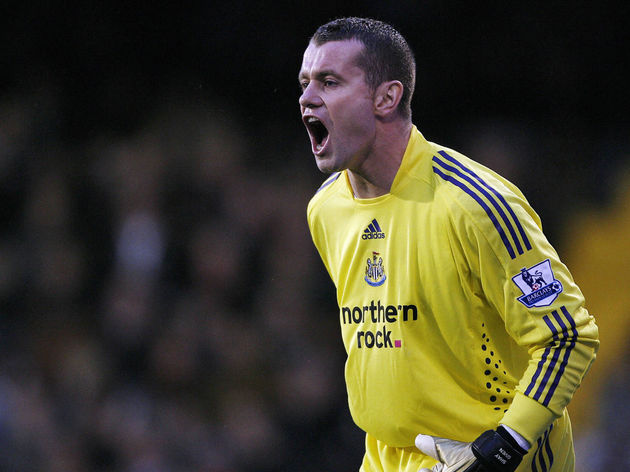 Central to the glory years at St. James’ Park, Given was three times names the club’ player of the year, and retired in 2018 aged 42. The word ‘legend’ springs to mind. Only Ryan Giggs has played more times in the ​Premier League without getting sent off than Hughes. He was a calm and composed defender, and a key component of the club's best sides of the Premier League era.

Hughes received an MBE in 2020, and spent eight seasons on Tyneside before playing for both Everton and Aston Villa. Aerially, Coloccini was as strong as they come, but fans of the Black and Whites will also remember him for his impressive stamina and fearlessness when one v one with top class attackers. A Premier League team of the year inclusion in 2012. Albert’s best moment in a Newcastle shirt came in 1996 when his audacious chip from 20 yards caught Peter Schmeichel completely off-guard in a 5-0 win over Man Utd.

But Albert wasn’t just a one-time goalscorer. He was a brave centre-back, eager to bring the ball forward and engage further up the park. Spaniard Enrique has been through it all in recent years. First he retired from football altogether in 2017 with persistent knee injuries, and then in 2018 was diagnosed with a brain tumour, which he has since recovered from.

In his playing career though, Enrique was a favourite as St. James’ Park. A consistent and committed left-back, his career would take him to ​Liverpool and finally to Real Zaragoza. A combative and talented wide-man, trumpet-playing Peruvian Nobby Solano enjoyed two stints at Newcastle, becoming a favourite in the north-east and a celebrity in his native country.

More popular figures at the club are few and far between. Tioté death in 2017 was tragic, and felt deeply on Tyneside by Newcastle fans who watched him give 100% week in, week out for their club in the years prior.

The Ivorian defensive midfielder was a grafter, a livewire, and in 2011, the scorer of one of Newcastle’s most famous ever goals, as they came back from 4-0 down to steal a 4-4 draw with ​Arsenal. Gary Speed was perhaps the best midfielder in Newcastle United’s history. A versatile player and assured leader, Speed was truthful and honest in his assessment of himself and others.

His Newcastle years were some of his best. Newcastle’s midfield is weaker today without him, and the world has been a sadder place ever since his death in 2011. Rarely has English football been blessed with a more raw and ridiculous talent than David Ginola. The stereotypical handsome footballing import could barely apply to anyone more than it does to Ginola, who is now a successful actor and model. Of course.

Club legend Kevin Keegan wanted more ambition at the club, and signing Ginola from PSG seemed like a move in the right direction, and he quickly became a fan favourite on Tyneside. If we said this was the toughest decision in the entire XI, you’d know who it was a battle between. Alan Pardew’s striking duo of 2011/12 — Demba Ba and Papiss Cissé.

In the end, if only for that wonder-goal that knocked the stuffing out of Chelsea, it had to be the latter.

The two of them have gone on to star in both China and Turkey, but Cissé seemed the more special talent. His gangly frame deceived — he was skilful, intricate and powerful when driving forward and shooting on goal. Those were the days. The greatest goalscorer the club, and the league, has ever seen. Alan Shearer was always going to be in this team, wasn't he?