​Newcastle's efforts to sign creative midfielder Miguel Almirón from Atlanta United have been dealt a blow, after a deal for the 24-year-old Paraguayan international collapsed.

Almirón was ​Magpies boss Rafael Benítez's top transfer target in the winter window, as the Spaniard hoped to guide his side towards top-flight survival. However, with just two points between Newcastle and the bottom three, the former ​Liverpool and ​Chelsea manager will need to look elsewhere for reinforcements as the club enters the second half of the season. According to ​The Mirror, Newcastle refused to match the $30m valuation for the Paraguayan international from the MLS club and also failed to meet his £5m-a-year wage demands, which would have made Almirón the highest paid player at the club.

Benítez, whose side are the second-lowest scorers in the Premier League with just 15 goals, was allegedly in the market for an attacking player to help create more opportunities and goals for the side, with Almirón his priority in the window.

The Paraguayan had been involved in 42 goals in 62 appearances for the Five Stripes, scoring 21 goals and providing 21 assists. He helped the side to a first ever Eastern Conference and MLS Cup triumph last season and was also named in the MLS Best XI for the second successive campaign. 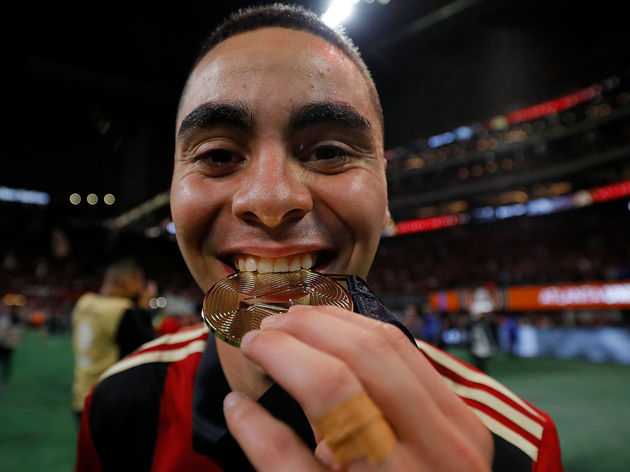 Newcastle's transfer dealings under owner Mike Ashley have become notorious for how underwhelming they are, with the club's record signing continuing to be the £16m paid for Michael Owen in 2005.

With Benitez's contract set to run out this summer, and with the club once again missing out on one of the Spaniard's desired targets, this transfer window might be the last with Benitez at the helm at Newcastle United.