The Italian currently plies his trade in Ligue 1 with OGC Nice, however reports suggest that the club are unwilling to offer the 28-year-old a new contract, with his current one set to expire in the summer. Only ​Huddersfield Town have notched fewer goals than Newcastle this term, highlighting their need for a prolific ​Premier League goal scorer, and Mario Balotelli could be the answer to their goalscoring woes.

Following reports of a training ground altercation with Nice manager Patrick Vieira, the French side would reportedly not stand in the way should the Magpies table an offer for the disobedient striker, who has a history of clashing with previous managers.

“I have given Mario a few extra days off to think about his future and what he wants to do,” Vieira said to ​L'Equipe of his former team mate, as reported by ​the Mirror. “He’s under contract here and everything is possible, if we can come to a common agreement who knows.

“When it comes to Mario, I want to answer back, or just slam him up against the wall or leave him hanging by his collar on the coat rack, but I can’t, as I’m no longer a player.

“I don’t want to say something I’ll regret. I am trying to be constructive in my comments to him.”

Despite his, at times, unruly behaviour on and off the field, ​Balotelli is a proven goal scorer in the top tier of English football, having scored 21 goals in 70 appearances. 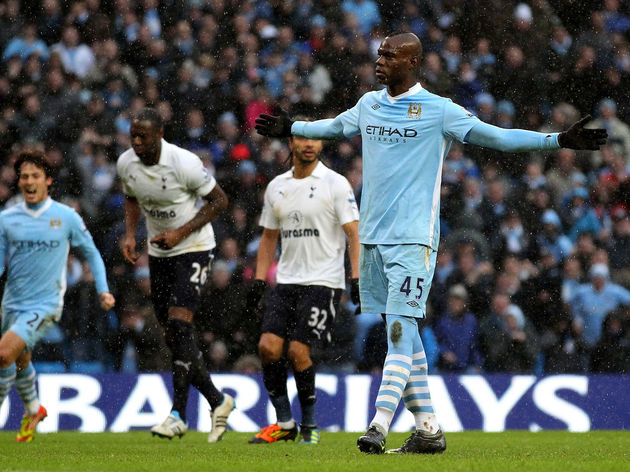 However, despite reports surfacing that Rafa Benitez is interested in the 28-year-old, ​Newcastle are yet to table an official bid for his services and would likely wait for his contract to expire in the summer before making any attempt to bring the Italian to the north-east.

Furthermore, with Balotelli still yet to open his Ligue 1 account for the season, he may not be the most attractive attacking option available to Benitez during this transfer window.