Newcastle United 1-1 Watford: Reports, Ratings & Reaction as Hornets Hold on for a Point

In what could very well have been an early season relegation six-pointer, Newcastle United and Watford played out an enthralling 1-1 draw on Tyneside.

Will Hughes put Watford ahead after just two minutes in what was a frantic start at St. James’ Park. As the game settled down in the first half the home crowd became more and more frustrated with their side’s increasingly lacklustre performance.

However, after successive unsuccessful penalty shouts Newcastle found themselves on the front foot and they were rewarded when the ball fell to Fabian Schar, who squeezed the ball past Ben Foster just before half-time.

The hosts then took control of the second half, piling the pressure on a weary looking Watford. Yet, they couldn’t make the most of their chances and Gracia will most likely be the happier of the two sides.

Take a look at a breakdown of the match below.

It’s no secret that Newcastle need goals. New signing Joelinton managed to grab the winner in their shock win over Tottenham last weekend, but looked isolated for long periods against Gracia’s men.

Yet, the creative influence of Miguel Almiron did manage to bring the ex-Hoffenheim striker into the match to a certain extent, especially in the second half when the game began to open up meaning there were some positive signs going forward for Newcastle fans. With the reputation of Watford’s owners, no manager is ever safe, and Javi Gracia is no exception. Despite his FA Cup and Premier League heroics at the club last season, a poor start to the 2019/20 had immediately put his place at Vicarage Road on thin ice.

The performance in general will have done little to ease fears over Gracia’s future. Last season’s FA Cup runners up were sloppy on the ball and struggle to break down a Newcastle defence that they would have turned inside out last year. The manager’s frustrations became clear as he picked up a yellow card in the closing stages of the draw that has left his team rock bottom of the table with just one point. 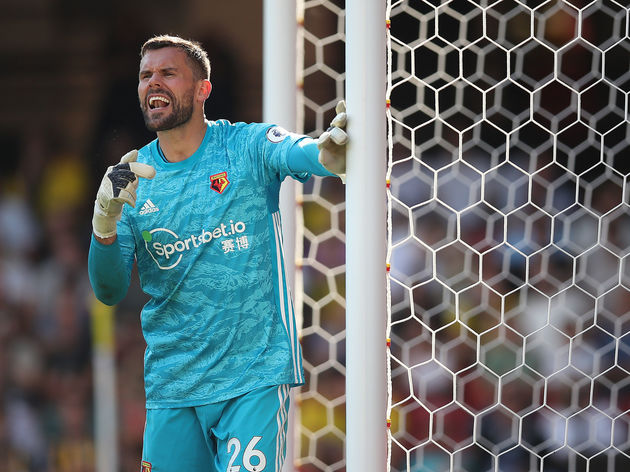 ​Newcastle face a tough trip to Anfield after the international break. Bruce will be hoping to cause an upset against Liverpool to build on this result in their efforts to stay up this season.

As for ​Watford, they also face a top six side as they host Arsenal. A Troy Deeney red card cost them last season against the Gunners in a match they really should have won, and they will be hoping to make amends this time round.