Newcastle are eyeing a bold loan-to-buy offer for Dortmund striker Paco Alcacer as they continue their search for a new attacker to put an end to their goalscoring woes.

The Spain international has received limited game time this season, playing just 11 times in the Bundesliga, but has remained consistent in being a prolific scorer for BVB, netting a goal every 117 minutes in all competitions.

​Newcastle have struggled on the goal front in 2019/20, exemplified by the fact that their three top scorers are all midfielders rather than attackers. Record signing Joelinton has failed to hit the ground running in the north east, fuelling talk of a move for a new forward this month. 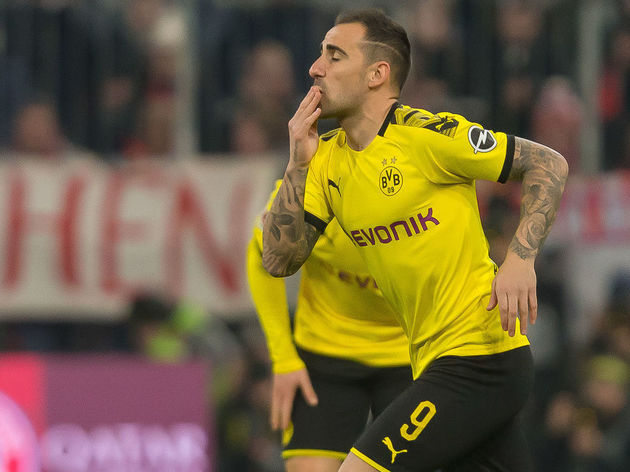 Erling Haaland's arrival at Dortmund has made headlines after the Norwegian scored five goals in his first two substitute appearances for the club, and it's likely he will soon be the main man to lead the line at Signal Iduna Park.

All considered, a move for Alcacer makes good sense for all parties involved, and The Sun report that manager Steve Bruce is in talks with Dortmund to try and bring the 26-year-old to St James' Park.

As previously revealed by 90min, Alcacer was offered to Manchester United and Tottenham earlier in the window, with both clubs seeing their key attackers - namely Marcus Rashford and Harry Kane - pinned back by injury problems. Spurs have become locked in negotiations with Real Sociedad over forward Willian José and more recently Steven Bergwjin and could turn their attention to Alcacer, having recently drawn up a list of potential Bundesliga targets.