​Newcastle have completed the signing of Valentino Lazaro on loan from Inter, with an option to buy at the end of the season.

The 23-year-old has found opportunities hard to come by under Antonio Conte this season, making just four appearances in Serie A after moving to Milan from Hertha BSC last summer.

But it's the north east of England where he'll be based for the next five months, with Newcastle confirming in an announcement on their official website that a deal has been done for Lazaro to join the club on loan.

✍️ #NUFC have completed the signing of Valentino Lazaro on loan from @Inter until the end of the season.

A club statement said: "Newcastle United are pleased to confirm the signing of Austria international Valentino Lazaro on loan for the remainder of the current season."

Lazaro added: "I'm very happy to be here and can't wait to meet all my teammates, get out on the training pitch and hopefully get a lot of victories in the future.

"I've only heard great things about the club. I've had good talks with the coach so I feel very happy to be here now. Those conversations convinced me that this is the right place for me to come."

Head coach Steve Bruce said: "Valentino is a quality player who'll add to us in attacking areas of the field, where we need to improve. He can play in a few positions but he is a natural winger with an excellent delivery.

"We have worked hard to get him ahead of other clubs, so I'm delighted with what we've done. Along with Nabil Bentaleb, he'll give us strong options."

The option to buy is ​thought to be around the €23.5m mark, with the loan costing Newcastle €1.5m.

The former Red Bull Salzburg midfielder, who primarily operates on the right hand side, will provide much needed additional cover for Steve Bruce's Magpies, with a host of injury problems depleting his squad over the course of the season. 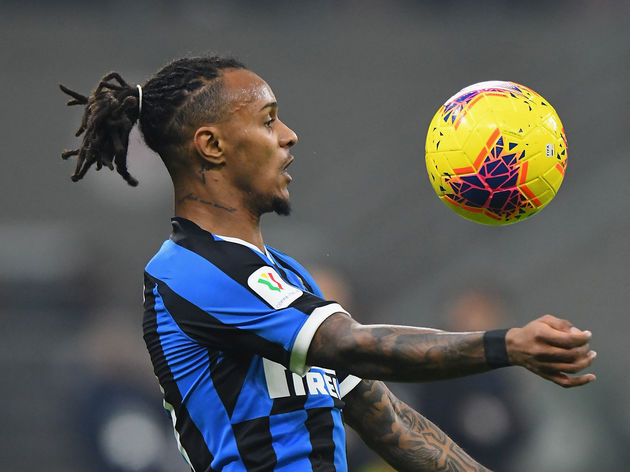 Jetro Willems and Paul Dummett are out for the remainder of the season, while Allan Saint-Maximin and Joelinton are among a number of players who have been carrying knocks over the past few weeks.

Despite that, ​Newcastle have performed admirably throughout the campaign, defying pre-season expectations to sit comfortably in mid-table after putting together a string of impressive results.