We travel to the Hawthorns on on Wednesday, 1st January, for a 3pm kick-off, and those supporters with the applicable number of points can secure their seats now.

The points limit for season ticket holders will drop to 25 on Friday, 29th November, then zero on Tuesday, 3rd December, and - subject to availability - they will then be released for sale to Members from Monday, 9th December.

Fans who wish to travel to this fixture are advised to apply for tickets as early as possible so that the club can work with West Brom to service demand.

Supporters who buy concessionary tickets are advised that they should carry ID with them at the match. Any supporter purchasing at the incorrect age band risks non entry on matchday as upgrading at the visiting club is not necessarily permitted on the day.

As with last season, in order to be sure of sitting together season ticket holders and Members must be registered in an away travel group before purchasing tickets (maximum of ten persons per one group). 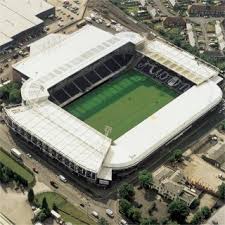 The Hawthorns is located on the A41 (Birmingham-West Bromwich Road). If approaching from outside the area the ground is about half a mile from Junction 1 of the M5. On leaving the M5 take the A41 towards Birmingham, the ground is on your right. Beware though of speed cameras on this stretch of the A41. Street parking or alternatively there are a few private matchday car parks at some local industrial units near the ground, or at Hawthorns station which costs £4.

We have FIVE copies of our new book "Magpies In Europe - Harvey To Pardew' to give away in our new competition.

2) We played Benfica last season. What country are they from?

3) When we beat Barcelona 3-2 in the Champions League which NUFC player scored a hat-trick?

Send your answers to: Kevnumad@fsmail.net

The competition will run until December 2nd - winners will be announced on December 3rd).

Loic Remy's eighth goal of the season set Newcastle on the road to a third successive Barclays Premier League victory as Norwich's troubles on the road continued.

Compatriot Yoan Gouffran wrapped up the win seven minutes before the break, converting from close range after keeper John Ruddy had saved Shola Ameobi's header, and Leroy Fer's 80th-minute header ultimately counted for little in the 2-1 result despite sparking a rousing fightback.

Norwich, who lost 7-0 at Manchester City in their last game, had first-half chances of their own with Anthony Pilkington, who was later carried off on a stretcher, sending a 32nd-minute header across the face of goal.

However, Alan Pardew's side were deserved winners on a day when they played well enough to take the points, but did not have to be at their very best in front of an appreciative crowd of 51,328.

There were impressive individual displays from Cabaye and Remy, who helped France book their place at next summer's World Cup finals in midweek, and Shola Ameobi, who will hope to join them in Brazil with Nigeria.

The mood within the camp was understandably buoyant as a result of those international successes and morale-boosting victories over Chelsea and Tottenham, and Newcastle's afternoon could hardly have got off to a better start.

Less than two minutes had gone when Cabaye, for the second time in the game, sent in a left-wing corner which was allowed to travel across Norwich's six-yard box to the far post.

Midfielder Bradley Johnson found himself caught in two minds and in the event did nothing to allow Remy to head into the back of the net.

The Canaries responded to the early set-back to enjoy their best, albeit brief, spell of the half.

Nathan Redmond perhaps should have done better after being played in over the top by Michael Turner with 11 minutes gone, but he blasted high over with the Magpies' defence waiting in vain for an offside flag.

However, with Cheick Tiote and Cabaye dominating in midfield and Ameobi and Remy stretching the Norwich defence, Newcastle gradually established a momentum.

Moussa Sissoko should have extended their lead 14 minutes before the break after Ameobi had carved the City defence wide open with a slide-rule pass, but he dragged his effort wide.

Norwich were very nearly level within seconds when Pilkington looped a header back across goal, only for the ball to drop just wide with Krul fatally wrong-footed.

However, Pardew's men increased their advantage with 38 minutes gone when Ameobi once again produced a fine pass to pick out Remy, who fed Sissoko to float in a teasing cross.

Ameobi climbed highest to forced a save from Ruddy, but Gouffran was on hand to tap home the rebound.

Ruddy had to dive to his left to beat away Ameobi's piledriver in stoppage time, and the home side headed for the dressing room happy with their lot.

The visitors' woes increased within four minutes of the restart when Pilkington was carried off after apparently damaging a hamstring in a challenge with Mapou Yanga-Mbiwa.

Johan Elmander took his place, but it was Gary Hooper who might have changed his side's fortunes from the resulting free-kick when Newcastle failed to clear their lines and he prodded a shot just wide.

Ameobi created a shooting chance for himself with some neat footwork, but then wasted all the good work by scuffing his attempt straight at Ruddy.

But Norwich were making a concerted push to get themselves back into the game and the Magpies found themselves having to defend, if with few scares, for an extended period.

Newcastle were content to try to hit the Canaries on the break, which they did to good effect on more than one occasion, but the precision of their first-half performance was sadly lacking.

The relative comfort of their position persuaded Pardew to withdraw the tiring Cabaye and Ameobi and replace them with Vurnon Anita and Papiss Cisse as time ran down.

However, Fer set up a tense conclusion when he headed Redmond's corner firmly past Krul with 10 minutes remaining, although the Magpies held firm.