Newcastle United owner Mike Ashley has revealed that he hopes a 'possible' deal to sell the club will be completed within the coming weeks, ideally so that a new owner will have control of the Magpies in time for the imminent January transfer window.

Takeover talks with businessman woman Amanda Staveley ultimately amounted to nothing, but it appears Ashley has found a new potential buyer willing to match his alleged £300m+ asking price. 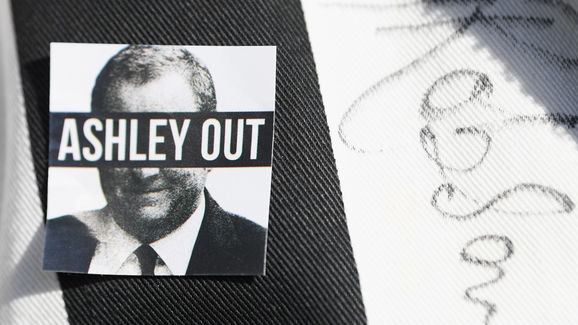 "I am hopeful for the Newcastle fans, for the club, for everybody, that I will be able to step aside and we will be able to get an owner in that will please everybody," he told Sky News. "I'd like it to be before the January transfer window.

"Hopefully we can carry on the good form - just recent good form - and we can get the deal done. Talks are at a more progressed stage than they've ever been."

Asked how likely a deal before January actually is, Ashley stated that realistic is 'too strong a word' and suggested it was more 'possible'.

A Chronicle report describes even those closest to Ashley as being 'caught completely by surprise' by the public nature of the comments, given how rarely he speaks to the media.

That is more surprising given that Ashley was said to have been put off the Staveley deal by the way negotiations were played out in public. It is, however, also suggested that Ashley has made the comments as a negotiating tactic as it is alleged there is more than one interested party. As yet, it remains unclear who the potential buyer, or buyers, are. Ashley's specific timeframe of 'before the January transfer window' suggests he is well aware the Newcastle squad needs strengthening, but is unwilling to be the man responsible for it.