Matty Longstaff Could Leave Newcastle for Â£400,000 With Contract Expiring in 2020

Newcastle's Matty Longstaff could depart St. James' Park for as little as £400,000 should the club fail to extend the midfielder's current contract.

The 19-year-old, who scored the opener at Old Trafford on Boxing Day in a 4-1 defeat to Manchester United, has impressed with his limited first-team opportunities, but his start on Thursday was just his fourth of the season.

Longstaff has just six months remaining on his current deal, and there's been little to suggest that a new one is coming anytime soon. European clubs are rumoured to be interested in Longstaff, with the heaviest links coming from Germany. A plethora of young English talent have made their way across to the Bundesliga, with the Newcastle youngster tipped to be next.

​​The Chronicle report that Newcastle would receive a measly £400,000 in compensation if Longstaff signs an agreement with another club in January. Despite this, manager Steve Bruce kept his cards close to his chest, but hinted that the deal is out of his hands.

He said: "I would like to of course [get him signed up to a new contract].

“He has played four times now and scored twice against Manchester United. The kid has got a bright future, he wants to do well and I hope he succeeds.”

Longstaff scored on his Premier League debut against Manchester United in the reverse fixture back in October, but has struggled to fight his way back into Bruce's plans. Two more starts was as much as the midfielder received, before being dropped to the bench for two months. 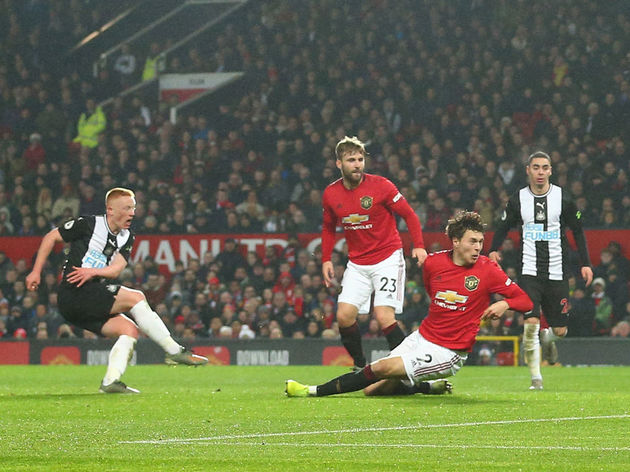 With a lack of opportunities - sitting behind Jonjo Shelvey, Isaac Hayden and his brother Sean Longstaff in the pecking order - the best decision for himself might be to move on.