Mackems To Have Points Deducted?

The Guardian are reporting that Cardiff City, Norwich City and Fulham are set to join forces to appeal.

Sunderland could still face a points deduction from the Premier League in the continuing row over fielding Ji Dong-won with incomplete registration. 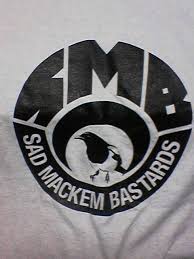 Sunderland claim the Premier League is confident any issues regarding Sunderland striker Ji's incomplete registration were resolved as soon as they were uncovered.

But Cardiff City, Fulham and Norwich are understood to have contacted the Premier League for clarification on the fine handed to Sunderland.

Could legal challenge be mounted against the decision?

Sunderland forward Ji was correctly registered on arrival at the club in 2011, but issues arose after a loan spell with German club Augsburg.

Ji's name was missed off a list of Sunderland players sent to world governing body FIFA for doping purposes.

Sunderland are thought to have reported this issue to the Premier League as soon as it was brought to their attention.

Adams said: "It's for the board. They'll look at it, I'm sure, but I wouldn't want to comment on that. It's not a football matter.