Martin Reilly - who represents the Northern Irishman - said that after four years and three title wins, the former club captain had decided he wanted to take on a fresh challenge.

He told Press Association Sport: "Four years is a good spell to be manager of a club like Celtic but now Neil wants to look ahead to the next chapter of his career."

BBC Scotland quoted Lennon as saying: "I have parted company with Celtic. I can't thank Peter Lawwell and the board enough for their backing and support.

"The club are in a very strong position and I wish the fans and the club all the very best for the future."

The 42-year-old replaced Tony Mowbray in 2010 and as well as leading the club to three successive Scottish Premiership successes, he has also helped the Hoops claim two Scottish Cup wins and masterminded their run to the last 16 of last season's Champions League.

That European campaign also included the famous Parkhead win over Barcelona and former Leicester midfielder Lennon is now expected to continue his career in England.

But despite being linked with the vacant managerial positions at Norwich and West Brom, Reilly insists his client has not agreed to any job offer yet.

He added: "He has nothing lined up. He just feels now is the time to move on to the next challenge."

Lennon originally signed as a player for the Glasgow giants in 2000 during Martin O'Neill's reign as Parkhead boss.

He won five titles in seven seasons and helped the club reach the 2003 UEFA Cup Final.

He left the club in 2007 to join Nottingham Forest but was later tempted back to Celtic Park a year later when Gordon Strachan offered him a role on the Hoops' coaching staff.

But after Mowbray's disastrous reign ended following a 4-0 humiliation away to St Mirren in March 2010, Lennon was given the top job.

He suffered an embarrassing Scottish Cup semi-final defeat to Ross County just three games into his stint in charge and was pipped to the Scottish title by Rangers a year later after his first full season in charge.

But at the end of that season, he told the Parkhead crowd: "This is not the end, it's just the beginning."

He stayed true to his word as he became only the fourth Celtic boss to lead the club to three titles in a row, joining Willie Maley, Jock Stein and Strachan in an exclusive club, as he made the most of Rangers' demotion to the bottom tier of the Scottish game.

However, controversy has never strayed far from Lennon during his time in Scotland.

He was given a four-match touchline ban following a spat with then Ibrox assistant manager Ally McCoist back in March 2011.

That same month, a parcel bomb addressed to the Celtic boss was intercepted by Royal Mail staff, while he was attacked in the dug-out at Tynecastle in May of that year after a supporter leapt from the Hearts end and charged straight for him.

Despite those ugly incidents, Reilly insisted Lennon had enjoyed his time in Glasgow's east end.

"It's been a fantastic journey for Neil since at Celtic," he said.

"He's enjoyed his time as a player, coach and now manager of the club and it's been fantastic for him.

"He has had good backing from the board and believes Celtic is a fantastic club, one of the biggest in the world. He wishes the club and the board all the very best for the future." 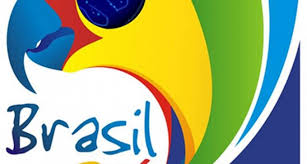