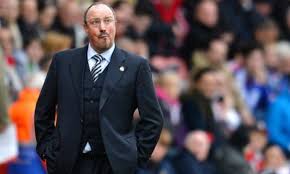 Peterborough United chairman Darragh MacAnthony has labelled Mike Ashley's £300million asking-price as a "bargain" - and would buy the club IF he had the cash.

Takeover talk has again dominated the skyline on Tyneside after Magpies owner Ashley told Sky in December that negotiations to sell the club were at "a more progressed stage than they have ever been" and hoped to have sold it by Christmas.

Fast forward one month however, and there are yet to be any major developments, a part from the speculation that former Chelsea and Manchester United chief executive Peter Kenyon is leading a US consortium to end Ashley's 12-year tenure.

And Kenyon confirmed his interest in the club when a letter to the Sports Direct tycoon appeared over the weekend, believing the pair share a "serious determination" to strike a deal.

"I know I speak for both of us in that we continue to share a serious determination to finalise the agreement we have to suit both parties as soon as possible in the new year.

"We have both spent many months discussing the parameters of a final deal and as you know we have also invested heavily in time and money on our various legal and financial advisors.

"And I appreciate the time and effort committed to the detailed discussions by your advisors, lawyers, club, and, of course, yourself.

"I fully respect your desire to ensure the next owners of Newcastle United understand the club, football, and have the appropriate financial resources, and I am delighted that you think the investor group led by myself is the best fit.

"On my side, I would like to personally assure you that I am committed to conclude our deal as soon as possible and, while we are both perhaps frustrated that we have not progressed as quickly as we would have wished, I would like to express personal gratitude for your patience and integrity in this matter and hope we can continue our discussions in the same spirit."

And while Kenyon revealed Ashley believes he and his US investors are "the best fit" - the 65-year-old might have faced competition from Peterborough's MacAnthony, if he were wealthier.

MacAnthony, chairman at Posh since 2006, was replying to a fan on Twitter when he asked "do you not want to buy NUFC?"

MacAnthony sold half of his stake in the League One club last year, holding an equal 50% stake alongside Canada-based investors Dr Jason Neale and Stewart Thompson.

Before taking over at Peterborough, he had previously tried to buy Woking and AFC Wimbledon, after earning his fortune through property development in Spain.