How Newcastle's Masters Football Team Would Look in 2020

​What was it about that naff blue coloured pitch and the scattering of star names that made Masters football so great?

The iconic competition has not been on our screens since 2011, and with little else to watch now, there is an outcry for its return.

The sight of renewed rivalries and squabbles meant that this was no ordinary veterans six-a-side league. For the stars of the past, this was their FA Cup final, for the viewers it was sheer entertainment.

Here's a look at the star lineup that ​Newcastle United could have if Masters football was to return in 2020, with a few rules of course... With the likes of Shay Given and Steve Harper currently having coaching roles, there was only one man to turn to: Shaka Hislop.

While perhaps being better known for his spells at ​West Ham, the stopper would surely be snapped up quickly by the Newcastle selectors.

Despite his age, fans would revel at seeing the iconic former Trinidad and Tobago goalkeeper lining up with the other former greats and would surely be able to do the job in such small-sided goals. Well, you'd hope. Club Highlight: Scoring in the semi-final of the UEFA Intertoto Cup. (Yes, that is a highlight).

Club Lowlight: Missing a penalty in the qualifying rounds of the 2003/04 Champions League.

What a defender! The versatile Northern Irishman was a mainstay in the Premier League for a number of years, amassing 455 appearances without getting sent off, a record only bettered by Ryan Giggs.

The former Fulham man established himself in Sir Bobby Robson's side in the 1999/2000 season, before going on to make 110 caps for his country.

Interestingly, he's now a pundit for the Indian Super League. Club Highlight: Being an absolute legend.

Club Lowlight: That he had to leave.

Imagine him tearing up the blue turf! The Peruvian footballing icon is a must have in midfield for this side.

In his home country the man is a superstar, with his wedding a televised event.

Equally, he is a gifted Trumpet player and has formed his own salsa band the Geordie Latinos in tribute to his former club. What a legend. Club Highlight: Fighting with his own team mate - Lee Bowyer - on the pitch.

Despite his injury issues and his off the field perception at the time, the former Ipswich man was a gifted player in his time in the north.

While he struggled to really reignite his career after leaving St James' Park, perhaps Masters football could showcase his talent.

He might even get in another scrap if you're lucky. Club Highlight: Every time he took a free kick.

Club Lowlight: Fell out with the club and left.

The wide-man may have been infuriatingly inconsistent at the club, but his penchant for a long range effort made him a cult hero, even to this day.

He also played his part in the cult film Goal!, as it his free-kick that is used for Santiago Munez's winner against Liverpool at the end of the film. What a curler and what a film! Club Highlight: All of the 206 goals he scored for his boyhood side.

No Newcastle lineup would be complete without Shearer in the side. The sight of his arm aloft after tucking another one away is a must for Masters football.

He may be 49 now, but there is no doubt the Match of the Day pundit could still do a job up top as the leader of the side.

Another one who might liked a scrap and a rivalry in his day. 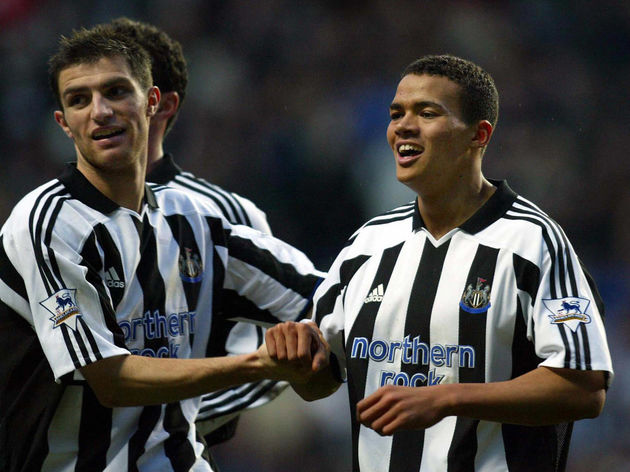 Club Lowlight: Thinking he's better than he was.

Despite not being everyone's favourite pundit, there is no doubting that Jenas was a talented player.

While not exactly a Newcastle legend, his 'youth' would be a valuable asset in the Masters game. Would also be interesting to see him lined up alongside Shearer as the two - supposedly - aren't exactly best mates, after Jenas claimed he was better than everyone at Newcastle.

We do love an interesting dynamic. While he may not be a big name like the other members of this team, O'Brien would be an able deputy to Aaron Hughes when required.

Such is the age of the players involved in Masters football, the subs are often vitally important and used frequently. With 170 club appearances for the club in his four year spell, he's not a bad option to have on the bench. 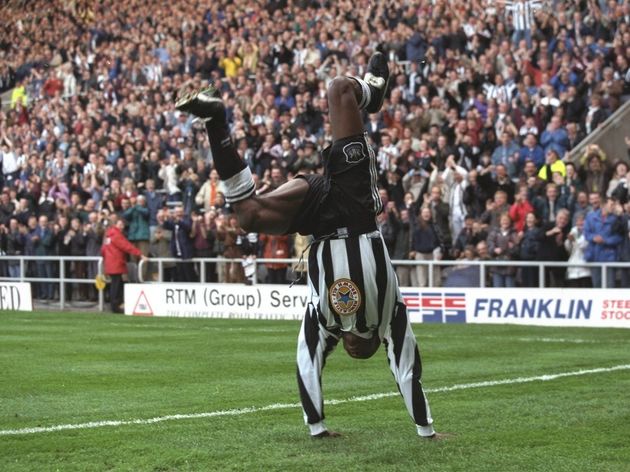 Club Highlight: Scoring three against ​Barcelona in the Champions League

Okay, age may not be on his side, but Masters football is more about seeing the big names rather than whether they can run or not.

The former explosive striker may no longer have his pace, but as a tasty option on the bench he adds a real threat to the Newcastle side.

Interestingly, he's also brought out his own range of his condoms as well. What a versatile man.