Fans Pay Their Money - They Have The Right To Voice An Opinion!

We had the WORST record of any Premier League side in 2014, until the last five games.

Suddenly the former West Ham manager has become in vogue with a good October, and the Southern press have has hit out at the Geordies.

But, as Pardew said himself on Sunday, "they are passionate fans and want to see their team winning, and I have no problem with that".

Supporters these days are asked to pull out a lot money to follow their team, with very little consideration from their clubs.

If players (or managers) - who are on amazing wages - don't pull their weight, they SHOULD be told!

Emmanuel Adebayor says Tottenham's players are paralysed by fear at White Hart Lane and would rather play away due to the negative atmosphere generated by the club's supporters. 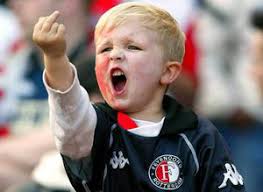 The Togo striker said the players were afraid to get on the ball during the contest with Stoke City.

Emmanuel Adebayor (talking to the BBC): "Will it help playing away from home? To be honest, I think so.

"And I am not just talking about me, I am speaking on behalf of all the players.

"I think it might be better to play away from home at the moment because at least we know beforehand we are guaranteed to be booed because they want their home club to win.

"But when you are playing at home and your own fans start booing you after a few minutes then it is harder.

"When you are playing in front of your own crowd you want them to support you.

"But now it is like going through a sad moment and your family not welcoming you home - that's the worst thing ever because you have nowhere to go.

"Obviously I was on the bench against Stoke and, though I could not see everything as clear as night, I could see that nobody wanted the ball.

"We just have to fight as a team and as a club to find a solution - the quicker the better."

Pardew said about the Toon Army (talking to the Chronicle): “Newcastle fans are an extreme of any fan. They are emotional. When they win, they go mad. When they lose, they go mad as well. We weren't winning games. I am paid to win games. That's what this business is about.

“I tried to be consistent in that period. We are on a lovely little spell and I'll be consistent through this. I hope they respect that. I am not going to get carried away. We have a lot to do, a lot to learn with our young players.

“Our performance level has gone up with the confidence. No doubt about that. It's difficult to be the manager of Newcastle when you are losing and to make excuses because they don't wash with our fans.

“Sometimes when you get a win, as we did against Leicester, it gives you the confidence to see through 90 minutes. We saw this game out quite comfortably and that's the difference.”