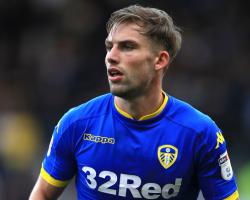 In a bid to increase the number of academy prospects who progress through to the first-team ranks, EFL sides will need to include at least one player who has been on their books for a minimum of 12 months prior to the end of their under-19 season.

Should any club fail to name a club-developed player in their matchday squad, they will only be able to name six substitutes, rather than the normal allocation of seven.

The 72 clubs have also approved an increase to the number of home grown players that will have to be on a teamsheet from six to seven, with a home grown player defined as someone who has been with an English or Welsh club for three years before their 21st birthday.

The two proposals were passed at a meeting of the clubs in February and EFL chief executive Shaun Harvey believes they are positive steps in nurturing young talent.

"I hope this latest commitment made by our clubs is further evidence of the EFL taking the initiative in looking for practical and effective measures that can be introduced to help managers and coaches in the ongoing development of young players," said Harvey

"It is imperative that we provide young players not only with a platform, but also with the belief that opportunities will be made available to progress from youth to senior football

I am confident that this decision will have a positive and lasting impact on the future of football in this country."