Which has us (tongue in cheek) thinking the GOALden Boy could have been fooling us all these years - and perhaps Alan Shearer was a member of the German SS.

Bugger me with a pitch fork! NOT ALAN SHEARER!

Anyway, seriously, Labour's Louise Ellman (Liverpool, Riverside) said she found it troubling that the West Brom striker insisted his gesture, which resembles an inverted Nazi salute, was aimed at the French establishment.

Ms Ellman, who is Jewish, said "it doesn't take very much thought to appreciate what that statement given in defence actually means" as she tore into Anelka's friend who invented the gesture - controversial comedian Dieudonne M'bala M'bala.

The French striker is now facing a five-match ban after being charged by the Football Association with performing the allegedly anti-Semitic gesture he made after scoring against West Ham on December 28.

He seems certain to contest the charge as he claimed the gesture was in support of Dieudonne and was not racist.

During a debate on Holocaust memorial day in the Commons, Ms Ellman said: "This week the Football Association decided to bring the charge against Anelka following his celebration of scoring a goal by making an inverted Nazi symbol salute, the quenelle.

"What I found even more disturbing than what Anelka did was his defence. His defence that he did that in support of his friend Dieudonne M'bala M'bala, a French performer, a Holocaust denier, an anti-Semite and somebody who, amongst other offences, invited the Holocaust denier Robert Faurisson on stage as part of his performances.

"The people supporting this performer state that they do so as part of being anti-establishment and they are not anti-Semitic. It doesn't take very much thought to appreciate what that statement given in defence actually means and it gives us food for thought and is deeply and gravely disturbing."

Meanwhile, Conservative former minister Stephen O'Brien also focused on recent controversy over alleged anti-Semitism in football, claiming there is no place for anti-Semitic or "teasing chants" on the terraces.

In a recent high-profile case three Tottenham fans were charged in connection with using the word "yid" at their own team's matches.

The three men are all accused of using threatening, abusive or insulting words or behaviour or disorderly behaviour within the hearing or sight of a person likely to be caused harassment, alarm or distress

Spurs said in a statement that the club does not believe fans use the word with deliberate intent to offend but reminded supporters that the Metropolitan Police treated certain usages as a criminal offence and urged supporters to be "mindful".

The club went on to stress their stance on maintaining a "zero tolerance position on anti-semitic abuse".

Mr O'Brien said children can be exposed to certain chants on terraces and so anything considered anti-semitic or teasing should not be sung or said.

He told the Commons: "In this instance when there are anti-semitic, or Holocaust denying, or teasing chants that is a place where the police must enforce the laws of the land as they stand because if we allow a chink in this armour then we start to excuse something which clearly historically is inexcusable.

"And on the football terraces we have go the witnesses of very young minds who must not be given the chance to ever think this is anything other than one of the most horrific experiences in history."

Former foreign office minister Alistair Burt said the English football team should be seen by schools as an exemplary "role model" in the fight against anti-semitism.

Mr Burt contrasted the behaviour of the French footballer to the English football team, which visited Auschwitz in 2012 to raise awareness of the dangers of anti-semitism.

Leading the Commons debate on Holocaust Memorial Day, he said: "Anti-semitism also pains the people of France, who saw three Jewish children murdered in May 2012, and where we currently see public demonstrations of support outside synagogues for an entertainer of clear anti-semitic views, who allowed a Holocaust denier to share his stage."

Mr Burt told the Commons: "This man is associated with a salute, named the quenelle, made notorious in this country from its use by the footballer Nicolas Anelka.

"It's for Mr Anelka to answer charges that have been laid against him, and it's not my intention to make him the subject of our debate, but I would just contrast his behaviour with that of the English football team's who, with the support of the Holocaust Education Trust, made a journey to Auschwitz during the European Championship in 2012."

Mr Burt praised captain Steven Gerrard for speaking of the impact the visit had on the players, "their awareness both of their privileged life and their position as role models and of their understanding".

He said: "I think today those are the footballers whose views we should note. We should be watching the film of their time made by the Football Association and the Holocaust Education Trust. That's what schools should be looking at as representatives of role models in this country." 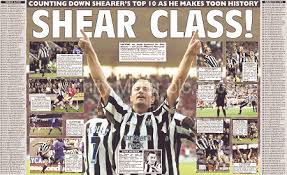 Today's debate came as London prepared for a controversial visit from Gabor Vona, leader of extreme Hungarian nationalist party Jobbik, who MPs feared was planning to stage an anti-semitic rally.

Labour former cabinet minister Frank Dobson, member for Holborn and St Pancras, said of Mr Vona's plans: "Do you share my view, as I have expressed to the Home Secretary (Theresa May), that she should use her powers to keep this stinking, rotten, neo-Nazi alien out of this country, which she has the powers to do?"

Mr Burt replied: "I share both your concerns and the views of the Jewish community that have been expressed in exactly the same way, and I do hope that she will take due note of what has been said."

Labour MP Ian Austin (Dudley North) said it was remarkable he as a child of a Jewish refugee now stood in the House of Commons and had served as a minister.

He said: "The reason there are no tracks to Auschwitz I think tells us something very special about our country. When other countries were rounding up their Jews and herding them on to trains to concentration camps, Britain provided a safe haven for tens of thousands of refugee children, like my dad.

"Britain didn't just win the war, Britain won the right of people around the world to live in freedom. For me, this period defines our country, it's what make Britain the greatest country in the world with a special and particular claim to the values of democracy, freedom, fairness and tolerance.

"It is because of who we are as a people and what we are as a country that British people came together and stood up to the Nazis and fought fascism."