Cup Brings Out The Best ... Or Is Their A Catch? 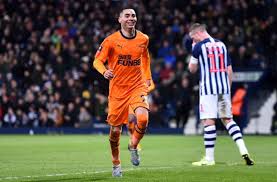 Having scored four goals in this season's competition, Miguel Almiron has been a key figure in Newcastle's FA Cup run and showed excellent composure to score both his goals against West Brom.

Newcastle have scored more FA Cup goals than any other Premier League side this season (11). Indeed, the Magpies are averaging 2.2 goals-per-game in the FA Cup compared to 0.9 in the Premier League.

But ... we haven't been playing Premier League clubs in the competition (Rochdale, Oxford and West Brom). Which devalues it somewhat.