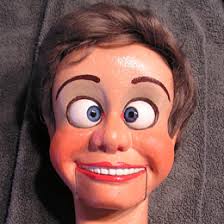 Referee Jones consulted with his assistant and ruled out the goal. TV cameras picked up a conversation between the two men, with the assistant asking the referee if the ball had struck Gouffran.

Jones appeared to reply, wrongly, that it had, so the assistant told him the goal should be disallowed for offside.

That sparked a row about the interpretation of the offside law, which suggests that a player standing in an offside position does not have to touch the ball for a goal to be ruled illegal. As long as he is deemed to be interfering with play, the officials are right to disallow.

Gouffran was NOT blocking Hart's view - as shown on MOTD later that day. In fact he was a good two yards to Hart's left.

James Milner: “It was an amazing strike, but I think the lad was offside.

“What Joe Hart says was that although he wasn’t blocking his view of the ball he was standing where he was going to dive, so Harty couldn’t really make a dive.

“Harty also said he wasn’t sure if he would have got it anyway but Gouffran was in his way. If someone is in your way you are not going to dive on them.

“Maybe he wasn’t interfering, but it is such a hard one to get right. I can see the point for both sides."

The row will rage on, but the law itself is open to interpretation by the officials. It states:  “A player is  an offside position is only penalised if, at the moment the ball touches or is played by one of his team, he is, in the opinion of the referee, involved in active play by:

:: interfering with play or

:: interfering with an opponent or

:: gaining an advantage by being in that position