Former Newcastle striker Michael Chopra will be called to give evidence in a £750,000 cocaine trial involving an alleged drugs factory on Wearside, a court has heard.

Prosecutors claim £50,000 found in the foot-well of a Jaguar car by detectives investigating alleged ring members in 2010 was drug money.

But Newcastle Crown Court heard yesterday the cash belonged to former Newcastle, Sunderland and Ipswich star Chopra, who had turned to loan sharks to cope with his crippling gambling debts and was trying to pay them back.

Jurors have heard during the trial the case involves a block of cocaine being flung from the window of a moving black Range Rover which was being followed by the police, the discovery of a 'drugs factory' in Washington, where £750,000 worth of cocaine was recovered, and £50,000 which was discovered inside the luxury car.

The court heard Chopra will be called to give evidence in the case, despite the 'inevitable storm' that will break around him. 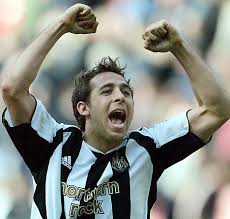 Mr Bloomfield said: 'That £50,000 that was found in the car was nothing to do with drugs.

'That was what John Somerville was doing on November 11 2010, he was not buying drugs, he was paying Michael Chopra’s gambling debts off.'

Mr Bloomfield said Chopra owed so much money that legitimate creditors and even team-mates would no longer deal with him and he was forced to borrow from loan sharks.

'He has spent, wasted you may think, an awful lot of money over the years gambiling.

'He got into gambling when he started playing football locally, at St James’ Park, casinos, dog racing, football, rugby.

'There were times he might wake up in the middle of the night and bet on football as far away as in South America and wouldn’t even know the team that was playing.

'He reached the stage where he owed increasing amounts of money.

'The amount he spent on gambling over the years was not thousands or hundreds of thousands, it was millions.

'He reached the stage most of the normal bookmakers would not deal with him because he owed them money.

'He owed money to team mates and there came a time when he was offered credit to gamble in an operation in Liverpool, not legitimate bookmakers.'

The court heard Chopra’s debts run to the Liverpool loansharks through his 'gambling illness' spiralled to £250,000 and he ended up turning to his then-bosses at Ipswich Town for help.

The four men accused of being part of the drugs conspiracy deny the charge.