Successful Eintracht Frankfurt coach turned down the Newcastle job last summer, according to a report from Germany.

Despite having the sheer audacity to not be Rafa Benitez, Steve Bruce has made a half-decent fist of leading the Magpies this season.

His side sit a comfortable eight points above the drop zone, and are in the quarter-finals of the FA Cup for the first time since Pluto lost its planet status (2006), beating the mighty Rochdale and Oxford en route to a place in the last eight.

However, the former Sunderland boss has not been without his critics since he took the St James' Park hot seat, with his style of football topping a lengthy list of complaints. Bruce has faced an uphill battle to endear himself to the ​Newcastle faithful, who made it perfectly clear that he was not their first choice to take over from the much loved Rafa Benitez.

The popular Spaniard departed the club in June 2019 after three years in charge.

According to SportBild, Newcastle made an approach for Frankfurt coach 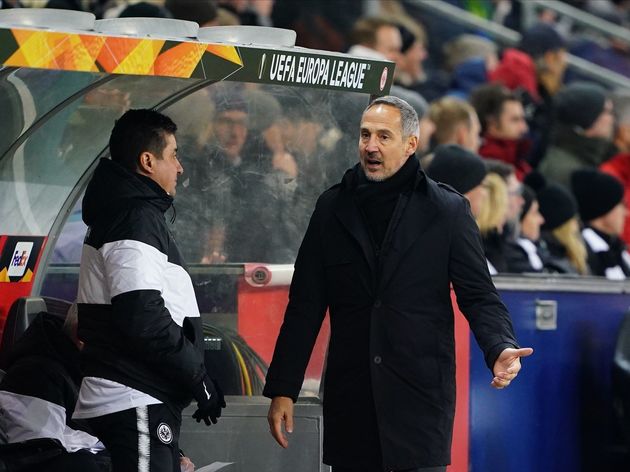 Hütter enjoyed a successful first season with the ​Bundesliga side, with the German union of professional footballers voting him as manager of the season after he guided the club to seventh.

#NUFC boss Steve Bruce's press conference will be going ahead as normal this morning.

We'll bring you updates from 9.30am. pic.twitter.com/83ZaXaLtLw