The World Cup draw takes place at 1500 GMT on Friday. We've got all you need to know about Russia 2018, including a full list of the qualifiers, draw and seedings details and the latest odds.

Qualifying: Who's qualified?
All 32 finalists are now known. The teams to have qualified are as follows:

Both Iceland and Panama will be making their tournament debut in Russia.

Finals draw: When is it and how do the seedings work?

The draw for the 2018 World Cup finals will take place in Moscow on Friday December 1 at 1500 GMT.

For it, the 32 qualifiers will be placed into four pots of eight and then drawn into the eight groups, A-H.

With the exception of the hosts, who will be in pot one and guaranteed slot A1 in the draw, the qualifiers have been placed into pots in descending order based on their October FIFA world ranking. The highest-ranked teams will therefore be in pot one and the lowest-ranked in pot four.

Both England and Spain failed to gain a top seeding and so will be in pot two. They could therefore be drawn in the same group as any of the teams in pot one - including Brazil and holders Germany.

The seeding pots are as follows:

Each team in pot one will be allocated position one in that group, ie B1, C1 etc. This position determines when and where their games are played.

For pots two, three and four, when a team is pulled out of the hat (actually it's a bowl) an additional ball will also be drawn to determine which position they take in the group, ie B2, B3 or B4. 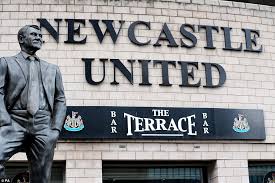 One further rule to note - teams from the same qualifying zone cannot be drawn in the same group with the exception of those from Europe. Each group must have at least one European team but no more than two. In practice this will result in six of the eight groups featuring two European teams and two groups having only one.

So what does this all mean for England?

They arguably have worst-case scenarios of Brazil, Costa Rica and Serbia, or Brazil, Denmark and Nigeria. Either way, Brazil and Argentina appear to be the top seeds to avoid as it throws up the possibility of drawing a European side from pot three or four.

A best-case scenario would perhaps be considered Russia, Iran and Panama.