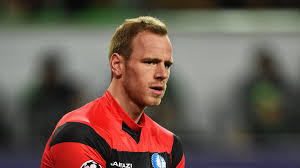 The player was on Tyneside on Tuesday afternoon for a medical and Newcastle have agreed a fee with his club Gent.

Sels - who was voted Belgium's goalkeeper of the season for 2015/16 - was being monitored by a number of Premier League clubs.

Sky sources understand Crystal Palace are interested in signing Krul, who is just back from a serious knee injury.

Newcastle's players reported for their first day of pre-season training on Tuesday ahead of their Sky Bet Championship campaign.