Are Rondon And Diame 'Too Old In The Tooth'? 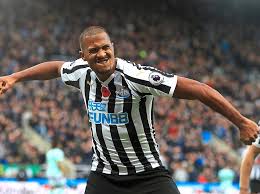 But he won't look beyond May to talk about his future.

It could be a big problem if West Brom get promoted.

I am not sure of the exact complexities of the deal but the reality is: will Newcastle pay the money for a player of that age? Because Mike Ashley always wants a player with a re-sell value.

In the past they have always done that.

The Diame situation is quite a complex one. He will automatically trigger a new one-year deal, if he plays, we think, three more matches and then gets another year's contract.

He wants a two-year contract but a source at the club has said they would be happy to just give him the one-year contract regardless.

They are not quite as receptive to the two-year deal given his age. But Benitez would very much like him to stay.

With Diame, it will be interesting to see if he starts against Everton at the weekend.

If he doesn't and Ki and Hayden play, or Ki and Shelvey play, with Longstaff presumably out, that would suggest to me that Rafa  is paving the way for Diame to leave and looking at other options. If they don't want him it would suit them and it would suit Diame because then he can go and talk to other clubs as a free agent.

Would it be the end of the world if he goes? Probably not, there are other players out there who could come in but he has been a decent buy for Newcastle and he is a really good guy to talk to.

But at the end of the day, Newcastle need to start building forward in the Premier League. Rafa wants to be a top eight team. Whether Diame is part of that, we will have to wait and see.