​League One outfit Rochdale have provided the shock of the FA Cup thus far, by holding Premier League giants Newcastle United to a 1-1 draw at the Spotland Stadium, thanks to a late strike by 40-year-old substitute Aaron Wilbraham.

The Dale have made quite the name for themselves in cup competitions this season, having taken Manchester United all the way to penalties in the EFL Cup in September, and their stoic performance on Saturday earned the hosts a dream day-out for Rochdale supporters at St. James' Park.

We're off to St James' Park for a replay! #RAFC pic.twitter.com/It6ZV1J61O

The Magpies took the lead early in the first half, when Paraguayan star Miguel Almiron latched onto a cross from the left flank, before lashing a vicious strike beyond goalkeeper Robert Sanchez.

Sanchez was one of the many heroes of the afternoon however, producing some fine stops to keep out efforts from without 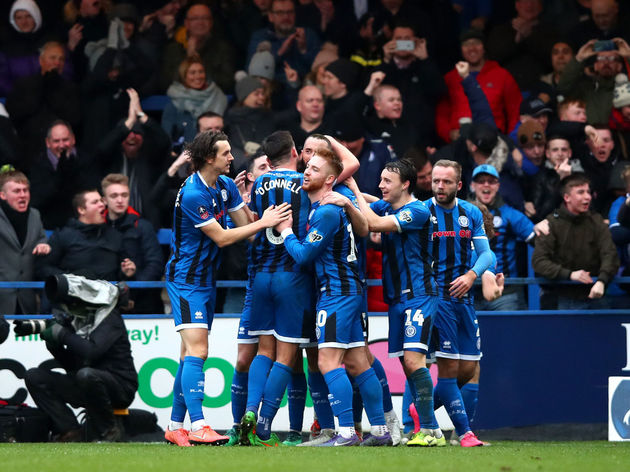 persistent pressure paid off with ten minutes left on the clock, when substitute Wilbraham found himself in space in the penalty area, and the 40-year-old veteran fired home smartly to send the home fans into pandemonium.

complete the most dramatic of comebacks, but the 23-year-old squandered his big moment, and ​Newcastle held on to the 1-1 draw.

Fixture and ticket details for the replay will be confirmed in due course.

It is likely to be played the week commencing Monday 13th January.

Both teams will be in the hat for the FA Cup fourth round, but Rochdale will face the exciting challenge of a third-round replay against the Magpies at St. James' Park, which should take place in the week commencing Monday 13 January.

Dale supporters will be hoping for a similar performance at Newcastle to their heroic display on Saturday, and their incredible adventure at Old Trafford earlier in the season.