Your Legal Rights If You Cancel Season Ticket 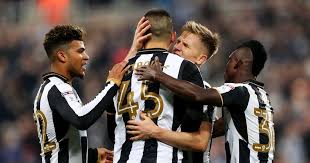 Well, here we are again.

A year ago, with Newcastle United's proposed sale to Amanda Staveley (remember her?) off the cards and no multi-million pound incoming transfers on the horizon, fed-up Newcastle United fans were considering giving up their season tickets by cancelling monthly direct debit payments for the remainder of the season.

While United's away form is keeping them above float, wins at St James' Park have been hard to come by, with just two victories on home turf this season. Over Christmas and New Year, Newcastle drew against relegation rivals Fulham and lost to Manchester United in the league, before drawing with Blackburn Rovers in the FA Cup last Saturday.

Many supporters are fed-up with the current regime and lack of investment in playing staff.

Owner Mike Ashley officially placed the club on the market 14 months ago and, although he is in discussions with four separate groups concerning a potential takeover - including one led by ex-Manchester United and Chelsea chief executive Peter Kenyon - a deal has yet to be reached.

For frustrated fans signed up to direct debit schemes - where they pay monthly instalments for their season card - one option could be to simply contact their bank, cancel their direct debit and stop paying.

After publishing a similar article this time last year, ChronicleLive checked with Newcastle United to ask what happens if a fan cancels their direct debit season ticket payments this year.

This is the situation, as we understand it.

So what does the club do if a supporter cancels their direct debit?

If Newcastle United does not receive a payment due from a season ticket holder, the club will contact that fan to tell them their scheduled payment has not arrived.

This is to give fans a chance to explain what has happened - like if they simply could not afford the payment - and to potentially set up a plan to pay the balance back.

But if the fan ignores the club’s correspondence, or refuses to pay, their season ticket will most likely be cancelled. If a payment is still owed when there is a home Premier League fixture at St James’ Park, that fan’s season ticket will usually be void for that game, and further games if the payment is not subsequently made.

Can fans who cancel direct debits sign up for season tickets again?

Supporters who have a genuine reason for not able to pay may be welcome to sign up for direct debit agreements in the future, but that decision is up to the club, which will decide on a case-by-case basis.

Here is what Newcastle United’s box office says in the 2018-19 terms and conditions.

“If the customer fails to make a payment by the due date the club may terminate the agreement without further notice to the customer and admittance to the ground may be refused. At the club’s sole discretion, immediate payment by an alternative method may be accepted. No payments taken by direct debit will be refunded in any circumstances.

“Customers opting to cancel the direct debit payment plan may lose the future right to pay in this way. Should a direct debit instruction be cancelled after payments taken then no refunds will be made in any circumstances.”

Why it may NOT be worth cancelling your 2018-19 season ticket now.

Fans signed up to direct debit schemes for the 2018-19 season make monthly payments. The final payments are due in either January, or February, depending on when the supporter first signed up. Once the club receives a fan's final payment, the season ticket is paid off.

Anyone who decides not to make their January or February payment risk missing matches from now until the end of the season.

Other fixtures include matches against Premier League title contenders Manchester City and Liverpool.

Supporters signed up to long-term, multi-season deals will still be charged direct debits in March, but those are to pay for their 2019/20 season ticket.

Our understanding is that a fan on a long-term deal who cancels their March payment will still have a valid season ticket for the remainder of the 2018-19 season - as long as they have made their final payment for this season in January or February. If they don’t pay that installment, they may risk their ticket getting cancelled for the remainder of this season. But the club will contact them for further information should they cancel their payment.

If they choose to stop paying direct debits for future seasons on their long term deal and cancel their ticket, that supporter will miss out on the 'price freeze' they paid for future seasons. Should they change their mind and decide they want a season ticket, they would have to pay the higher price for a new ticket.