Phil Parkinson has spoken of his desire to keep Sammy Ameobi at Bolton beyond his current loan arrangement. 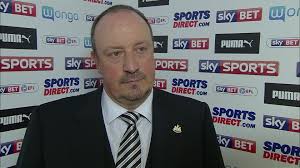 Ameobi, who has featured 20 times for Wanderers since joining on loan from Newcastle United in August, is due to return to his parent club in the New Year, at a time when he is perhaps playing the best football of his career.

The 24-year-old has recovered from a stuttering start to establish himself as a fans' favourite at Macron Stadium and Parkinson admits talks over extending the deal through until the end of the season have already opened.

"Sammy has been immense for us and he's developing as a player," Parkinson told The Bolton News. "The team is evolving and so is he.

"We are pleased with him, he's enjoying it here, obviously, we'd like to keep him.

"He needed to play in a run of games because that is how you learn things.

"You start to understand things within games - like handling a bad start, or after you've scored a goal and you feel great but making sure you keep your focus.

"There are little parts of your game that you only improve with experience and he's doing that now. He's had a few blips along the way where he hasn't played so well but he's getting better.

"He's a likeable lad and we're enjoying working with him."