Why This Country Is In Such A Mess! 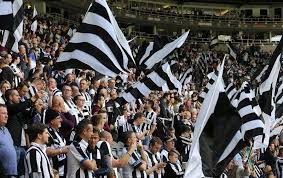 Sports minister Tracey Crouch says government intervention remains on the cards if the Football Association does not reform itself satisfactorily, despite a possible contravention of FIFA rules.

She wants MORE women on the FA board ... yet can you tell me how many women have actually played the game at the highest level?

By that I mean in the Premier League; in the FA Cup; the World Cup!

The FA board is full of idiots who are only in the game to cream off the money ... we ALL know that. But would bringing in women - just for the sake of it - improve it?

The priority should be to have a board who KNOW what they are talking about - not because it's time to bring in women!

Where will it end? The day is not far away when the "powers that be" insist that every managerial/coach appointment has to include women.

They are missing the point!

Crouch announced in the summer that upwards of £30million in public money would be withdrawn from the FA in April should it fail to push through with a restructure.

A group of five former FA chairmen and chief executives have already written to MP Damian Collins asking the chair of the select committee for culture, media and sport to propose legislative intervention.

There are concerns that could draw unwanted attention from the world governing body, who have the power to ban nations whose associations do not operate independently or are subject to political interference.

But Crouch was defiant when the possibility of a World Cup ban in 2018 was put to her on BBC Radio Five Live's Sportsweek programme.

"Looking at what it says in the FIFA regulation it is incredibly wide in terms of the interpretation of government involvement," she said.

"Actually just saying, 'I'm going to remove public funding' could be interpreted as government interference in the running of the Football Association. I think FIFA needs to look at its own governance structures before it starts throwing its weight around in terms of other football associations.

"The fact is we need to reform the FA, the FA knows that.

"We want to make sure they have the right board in place, with independents, with better female representation, with more primacy over the FA council.

"If they don't, not only are they going to lose public money, which is embarrassing for them, but there is still potential for legislation in the future.

"I think it's time they really did pull their socks up and start to reform."