Whose Fault Was It? 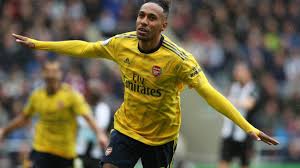 Willems, signed on loan from Eintracht Frankfurt, came off the bench in this afternoon’s 1-0 defeat to Arsenal at a sodden St James’s Park.

The full-back – who replaced the injured Jonjo Shelvey – initially took up a position in central midfield before being told to move to the left.

“It was just a lack of communication with him,” said head coach Bruce. “I wanted to put Matt Ritchie inside, and play him in his position. He only played there for two minutes, really, until we got the information down about where we wanted him to play. That was quickly sorted out, not a problem.”

Willems was then at fault for the 58th-minute winner, scored by Pierre-Emerick Aubameyang.

Ainsley Maitland-Niles intercepted a Paul Dummett ball to Willems. Maitland-Niles delivered a cross over United captain Jamaal Lascelles for Aubameyang, who was unmarked.

“We’ve made a genuine mistake,” said Bruce. “Whether the pass was too short, or whether he hasn’t reacted quick enough, at the end of the day I can’t criticise anybody for making a mistake.

“I thought he (Willems) was too high up the pitch. I thought his position to start with was too high, and made the ball longer than what it should have been. If that’s a criticism, then it’s something we can work on.

“The big disappointment for us all is to lose it in the way we did. It was a mistake.”