Where Does Colback Go Now?

The chemistry of the group is important for any Premier League manager – making sure players are motivated is key. Bad apples can have an impact on the rest of the group. 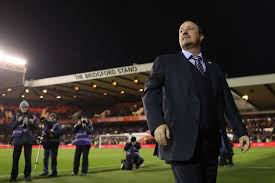 Benitez’s man management has been praised at Newcastle but it will be testing now that United have a small group of senior professionals who will form something of an unofficial bomb squad.

Jack Colback – who reportedly refused to train with the seniors after being told to find a new club – is the most high-profile of them, having been warned that a failure to secure a move would see him relegated to the under-23s.

United avoided the prospect of the group being too big by selling Achraf Lazaar and Tim Krul – both deeply dissatisfied – but there’s also Massadio Haidara and potentially Jesus Gamez who might not play.

Benitez must decide whether they join the under-23s and play or whether they’re part of a group.

He must also decide whether there is any way back for them if they manage to apply themselves correctly.