What Wally Said BEFORE The Match 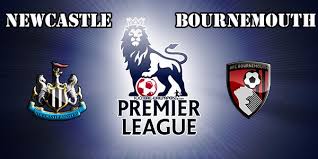 Former England boss McClaren has found himself in the headlines for the wrong reasons with his side 19th in the Barclays Premier League ahead of Saturday's home clash with Bournemouth, despite having spent in excess of £82million on the squad since the end of the last campaign.

The Magpies could slip further into the mire this weekend if they fail to beat the Cherries, but having spoken to managing director Lee Charnley this week, McClaren insists everyone at the club is pulling in the same direction.

McClaren said: "It is football. It is a results business. I know that, everybody knows that, and we need results. We need to make sure we are in the league next season.

"We need to get over the disappointment of [the 1-0 defeat at Stoke on] Wednesday, but have that same attitude and fight.

"Bournemouth will be a very tough game. We need 52,000 people right behind us, which, I have got to say, has been there all season. We have got to make sure we match that support with our performance."

McClaren his increasingly found himself a target for disgruntled fans who have bristled at his positivity even in defeat, but he remains upbeat in public at least.

He is confident his methods will work, but with time running out this season, acknowledges that the players have to buy into them too.

"We always set standards. We always have a culture and environment which we know can produce success. We talk about a lot of changes and adapting to that. It is taking longer than we thought."

McClaren will not have skipper Fabricio Coloccini or fellow central defender Chancel Mbemba at his disposal against Bournemouth, while £12million January signing Andros Townsend will be assessed after missing the game at the Britannia Stadium with a hamstring strain.