But let's be honest ... are fellow relegation-threatened West Ham going to sell their star keeper to Newcastle? 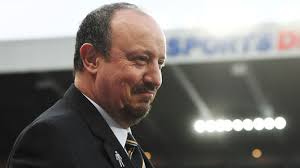 The Hammers signed Joe Hart from Manchester City on a season-long loan deal in July and former West Ham boss Slaven Bilic made it clear to Adrian that the England international would be the club’s first choice between the sticks.

As a result, Adrian wanted to leave the London Stadium on loan in search of regular playing time, with Newcastle, Crystal Palace, Real Betis and Deportivo La Coruna showing interest in snapping him up.

However, the 30-year-old, who insisted that he felt frustrated under Bilic this season, explained that West Ham closed the door on his temporary exit from the club.

“With Bilic everything was very dark”, Adrian said to Spanish daily Marca.

“He told me that Joe was going to be the number one and in the first three months I had a very bad time and was frustrated at not being played in the league [games].

“The worst moment was when I wanted to leave on loan in the summer – Betis, Deportivo, Newcastle and Palace enquired, but West Ham didn’t open the door for me.”

Adrian then said that things changed for the better after David Moyes replaced Bilic as the West Ham boss.

The Scot, who had to play Adrian against Manchester City earlier in the month as Hart was ineligible to play against his parent club, persisted with the former Real Betis man for the games versus Chelsea and Arsenal.

“After the game against Manchester City there was a lot of uncertainty as some betted on me to play against Chelsea, while others on Hart.

“The coach showed a lot of personality by giving me the chance.”

Adrian, whose present contract with West Ham runs until 2019, has made six appearances in all competitions this season, keeping four clean sheets.