We Name The Teams That Will Go Down!

Newcastle face a huge game at Southampton on Saturday (15:00 GMT) as they attempt to stay away from relegation danger. 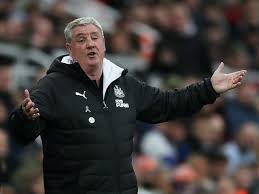 Newcastle bagged a home point against Burnley last week with boss Steve Bruce saying: "I was pleased with some aspects of the clean sheet. When you change shape, you always worry that the defensive stability we have had remains and we pride ourselves on that, especially at home.

"We've had 20 attempts, I think, which is far more than we've had before and to be fair to Burnley, the number of times they got a block in or a deflection or a challenge, you have to say well done to them for the defensive show they put on. But there was a bit of it with which I was pleased. Room for improvement, of course like always, but I certainly thought that we were more of a threat and looked like scoring more."

How many points will it take to stay up?

The mythical 40-point safety line has been banded around ever since the Premier League switched to a 20-team format in 1995, but remarkably in two of the division’s first three 38-game seasons a side was relegated with 40 points.

In 2003, West Ham went down with 42 but since then 40 points has only been needed for survival on one occasion. The more accurate mark based on history is probably two to three points fewer, which means Crystal Palace (36) and Southampton (34) are virtually safe but Newcastle (32) are not quite out of the woods – summed up by their respective relegation odds of 80/1, 50/1 and 11/2.

One win in 10 league games, no goals in their last four matches and a fanbase angry with its ownership. They shouldn’t be dragged into the dogfight but regardless they’ll play a key role – after matches against Southampton and Sheffield United, a trip to Bournemouth splits home games with Aston Villa and West Ham.

A curious case in the relegation battle having won plaudits for their style of play under Graham Potter throughout the campaign, Albion’s season was summed up by their most recent fixture, where despite dominating bitter rivals Crystal Palace they lost 1-0.

The Seagulls have now won just once in 13 Premier League matches and only bottom-of-the-table Norwich have collected fewer victories than the south-coast club this season. Unless they can find a way to turn some of their draws into three points then Brighton are in real trouble.

Their fans should be worried too, as their next seven fixtures include matches against Wolves, Arsenal, Leicester, Manchester United, Liverpool and Manchester City. A one-point cushion to the drop zone doesn’t feel like nearly enough.

West Ham haven’t had the upturn in form they’d have hoped for since David Moyes was appointed on December 30, but they did beat Southampton on Saturday to end a seven-game winless run and pick up a first victory since the opening game of his second spell in charge.

They played with a renewed vigour against Saints following a battling defeat at Liverpool, who they led 2-1 late on, and the balance of the team looked good – especially the front three of Michail Antonio, Sebastien Haller and new man Jarrod Bowen, all of whom were on the scoresheet.

Despite a tricky-looking quartet of fixtures next up against Arsenal, Wolves, Tottenham and Chelsea, I expect the Hammers to now pull clear of danger. If they don’t, meetings with Norwich, Watford and Aston Villa in their final four fixtures will prove decisive.

The turnaround under Nigel Pearson’s stewardship can be bookended by an unlucky defeat at Liverpool and a crushing victory over the same opponents. But while a run of four wins and draws followed their loss at Anfield to seemingly move the Hornets on the path to safety, three defeats and two draws preceded their shock win at Vicarage Road, meaning they remain well and truly in the dogfight.

So impressive were Watford in dismantling Jurgen Klopp’s side to end their 44-match unbeaten run that it’s difficult to imagine them being one of the three sides relegated, especially when their remaining fixtures are far from nightmarish. I wouldn’t back it anyway.

The Cherries looked to be blindly heading for the drop until successive wins over Brighton and Aston Villa in late January and early February. Their home form is likely to be the deciding factor, with Crystal Palace, Newcastle, Tottenham, Leicester and Southampton all visiting the Vitality Stadium before the season comes to a close. Their away trips could hardly be tougher, with trips to Liverpool, Wolves, Manchester United, Manchester City and Everton ahead.

Since those back-to-back home victories that gave Eddie Howe’s team the boost their season badly needed they’ve only been back on their own ground once and they put in another terrific performance then, drawing 2-2 with Chelsea on Saturday. Their home form keeps them up in my book – by the skin of their teeth.

Villa’s season has been characterised by the inconsistency that often comes from newly-promoted teams – they have only won back-to-back league games once. An over-reliance on talismanic captain Jack Grealish has been heightened by the long-term injury absence of John McGinn, who is due to return imminently, and £22m striker Wesley.

While that attacking ability has been hard-hit, no team has kept fewer than Villa’s four Premier League clean sheets so they’re not a team you’d back to battle to a 1-0 win. Nine of their remaining 11 opponents are currently in the top 12, with the only matches not against those sides trips to Newcastle and West Ham. It looks bleak, with a lot hinging on the impact McGinn makes when he returns.

Apologies to Norwich for this being short and sweet but I’m with the bookies. A superb win over Leicester on Friday, just like their win over Manchester City earlier in the campaign, showed how good they can be, but they simply don’t do it often enough. Seven points from safety because of a vastly inferior goal-difference, with 10 games to play. They need to win half of their games, and won’t.