Was Keys Right This Time?

Richard Keys has continued his bizarre assault on Newcastle United. 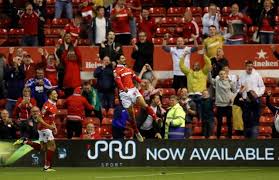 The former Sky Sports presenter - who now covers the Premier League for BeIN Sports in Qatar - has been highly criticial of Newcastle United fans and Rafa Benitez in recent weeks, making several comments which have riled supporters.

And Keys has continued his tirade on Newcastle United in a tweet posted this morning, in which he criticised Benitez for his team selection during the Magpies' Carabao Cup clash with Nottingham Forest.

Benitez made seven changes for the trip to the City Ground and handed opportunities to youngsters Sean Longstaff and Jamie Sterry in an experimental team.

But this, Keys believes, was the wrong decision. He felt that Benitez should have fielded a full-strength during the cup outing in a bid to win Newcastle's first domestic honour since 1955.

Keys admitted that he felt Newcastle had the tools to win the competition - and now claims that his views on Benitez have been justified.

In a message posted to his 262,000 followers, Keys said: "They last won a domestic trophy in 1955. I can’t believe what Benitez did last night.

"Why? He’s got the tools to have a go at winning the LC [league cup] - cement his place as a Geordie hero & make me wrong. Except I’m not." T

his latest shot at Newcastle United comes after Keys defended owner Mike Ashley's decision-making at the club - and branded some Newcastle supporters as 'vile' after they disagreed with his comments via social media.