Wally - The Mary Poppins Of Football?

“We need a reaction on Saturday now, individually and collectively. A few players didn’t show their quality, which is why we’ve lost.

“The attitude has been different class in the last couple of months.

“We had bad results against Leicester and Crystal Palace, where that was questioned, but since then we’ve had a perfect reaction.”

Different class? Perfect reaction? A glance at the league table tells you otherwise.

McClaren, not for the first time this season, finds himself under intense pressure. With a new multi-billion pound Premier League TV kicking in next season, relegation is unthinkable for Newcastle. 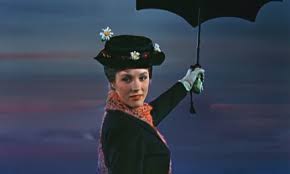 With 14 games left this season, time is fast running out for United.

Anything other than three points from the West Brom game will be unacceptable.

And owner Mike Ashley knows that he if a managerial change is to be made, it must be done sooner rather than later.