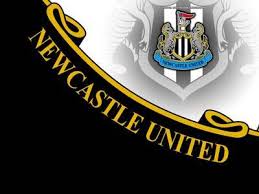 A world-class strike from Matt Lowton helped Aston Villa to a much-needed 3-1 victory over Stoke on Saturday.

Villa moved themselves three points clear of the drop zone and 10 points clear of the bottom two with victory at the Britannia Stadium, but they needed a moment of brilliance from Lowton after seeing Gabriel Agbonlahor's early goal cancelled out 10 minutes from time.

Stoke had an early penalty claim turned down after Jonathan Walters' cross struck Nathan Baker's arm, but it was a flat performance from Tony Pulis' side and Villa capitalised in the ninth minute.

Lowton drove into the box from the right wing and picked out Agbonlahor with a low cross, but the striker still had plenty to do in turning his man to finish from close range.

Andreas Weimann then struck a post as Villa pushed for a second, but Agbonlahor was booked 10 minutes before the break for diving as he claimed a penalty when trying to go past Asmir Begovic.

Stoke came to life after the introduction of Charlie Adam and he set up fellow substitute Michael Kightly to get one back, but with the home fans starting to celebrate a point that would ease their own relegation worries, Lowton struck.

The full-back chested down a high cross and then, with two defenders approaching, lashed a 25-yard shot between them and into the top corner of the net.

Christian Benteke then broke away to slot home a late third and cap a fine day for Villa, while defeat pulls Stoke closer to the scrap at the bottom. If Wigan beat QPR on Sunday, they would be just one point clear of the bottom three.

The result pushed Reading closer to the Premier League trapdoor after Nigel Adkins' side lost 2-0 to his former club Southampton.

Adkins wanted a foul as Rodriguez collided with goalkeeper Adam Federici, but only after getting the all-important touch.

Southampton then took control of the match and Adam Lallana wrapped up the points 18 minutes from time.

Arsenal strengthened their top four chances with a 2-1 victory over West Brom, but - having led 2-0 - they endured a nervy finish after the dismissal of Per Mertesacker with 19 minutes left.

Tomas Rosicky got both Arsenal goals, heading in the opener in the 20th minute after fine work from Gervinho and then scoring from his own rebound early in the second half.

But Mertesacker saw red after stretching to bring down Shane Long on the edge of the area, and James Morrison scored the penalty to set up a tense finish.

Norwich and Swansea shared the spoils from an incident-packed 2-2 draw at Carrow Road.

Michu had somewhat harshly had a 10th minute strike ruled out for a foul in the build-up before Norwich goalkeeper Mark Bunn was forced off with a hamstring injury, leading to a home debut off the bench for Lee Camp as first-choice John Ruddy is also injured.

Camp soon conceded when Jonathan De Guzman pulled the ball back for Michu to rifle in a 35th minute opener, but five minutes later Robert Snodgrass headed in a leveller.

Norwich completed the turnaround when Michael Turner steamed in to connect with a free-kick and make it 2-1 on the hour mark, but a close-range finish from Luke Moore earned the visitors a point.